Tortoise and the Bullying Giraffe African-Folktale legend is a traditional folklore story among Southern African peoples. Animals in African folklore exhibit good and bad human personalities, in this folktale giraffe, is being a bully towards the tortoise and tortoise responds in a unique way. 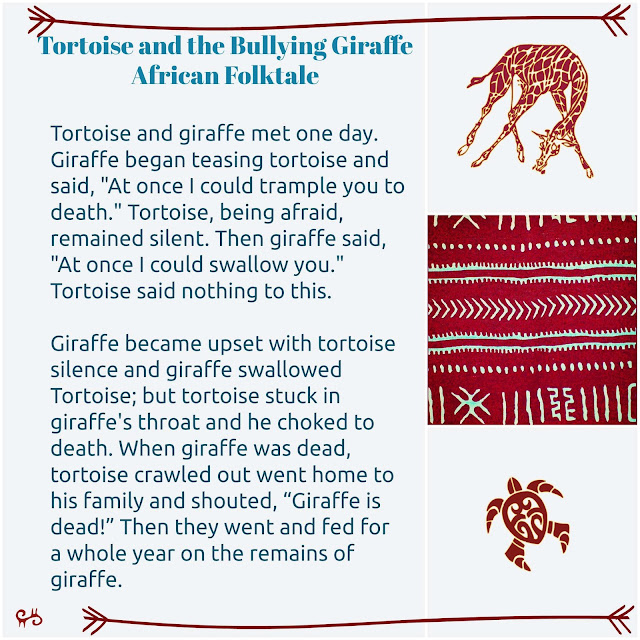