In Africa, in the earliest times before there were pictures or written words there was the African folktale. For centuries, stories were passed down by word of mouth from one generation to the next. As Africans traveled across the African continent, they took their stories with them.

Every community had a storyteller who sat around the fire at night spinning yarns of magical tales and legends. African folktales reached into the heart of the people and grew into the lifeblood of the African community.

African folklore storytelling has long been accepted as a form of teaching to be defined as a series of events told in such a way that it moves the emotions and the intellect. African folklore storytelling is a spiritual legacy passed down from one generation to another. It is as old as Africa herself with a deep appreciation for antiquity expressed in artistic form.

Folklore storytelling is the most ancient art form of the African Community. Just as someone expresses their ideas and the form of music, painting, dance and sculpture folklore takes the ideas of an ancient story and creates with words a picture that enchants the listener with a rich auditory environment.

Great storytelling of the short story began in Africa with the African folktale also known as African folklore. Here are three famous short African stories to begin reading or save when you have time to sit down and truly enjoy the depth and complexity of African folklore.

Small things are good. In this African short story, the big animals of the forest had to admit the little things are the biggest things and definitely the best things. 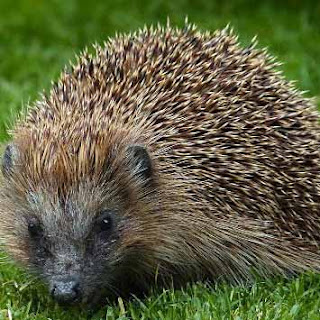 A long time ago the sun did not shine, so it was always night. In the forest, there stood a tree taller than any other did and so it was that so long as this tree stood there could be no day.

Therefore, all the animals of the forest conspired to pull it down.

The elephant, confident in his strength, first tried; but tried in vain.

After him, the lion, leopard and many other animals worked hard, but all to no purpose; none could pull it down or root it up.

At last, when all the others had despaired of trying to cut down the tree, a little hedgehog came forward and told them that she was stronger than they all were, and would soon prove it by felling the tree.

So off she ran, but soon returned with a small but sharp hatchet, with which she cut away till the tree fell, and as it fell the sun rose for the first time.

The four-toed African hedgehogs are meat eaters found in Central Africa, East Africa, and West Africa Grassland, hedgerows, woodland, and meadows. Most hedgehogs have between 5000 and 7000 quills that are everywhere except on their face, legs, and tummies. By curling into a tight ball and tucking in their heads, tail, and legs, they protect vulnerable parts of their body. They also depend on their sense of hearing and smell because they have very poor eyesight.


African folklore is as old as Africa herself with a deep appreciation for antiquity expressed in artistic form.