Selfish Takanda and the Flood African Folktale teaches through a story to always keep your promises. 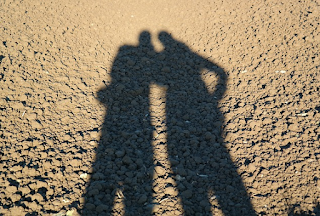 Takanda the farmer and the rain God Mbona once made the following agreement; Whenever Takanda very much desired fine weather; he was to stand outside his house and call: “Pass! Pass!” and then the Mbona would roll away and allow the sun to shine.

When Takanda desired rain, he was to cry “Fall! Fall!” and the rain would pour down. In payment for this service, Takanda was to place on the ground each time 50 cowries.

Takanda was delighted with this arrangement, and at first, he faithfully placed the sum of money on the ground every time he asked Mbona for fine or wet weather.
One day, the occasion of a Chief’s wedding, the sky was very dark, and it seemed likely to rain. Takanda heard the Chief complaining: “We have promised the drummers a great deal of money, but if it rains nobody will come to see the maidens dance at my wedding!”

Takanda went to the Chief and said, “If you will give me 200 cowries, I will pray to the clouds and there will be no rain.”

The Chief readily agreed to pay the cowries Takanda demanded, and Takanda stood at the back of his hut and cried to the clouds “Pass! Pass!” Mbona rolled back the clouds, the sun shone brightly, and the wedding took place with much rejoicing.

However, Takanda did not lay any money on the ground, and instead, he kept the whole amount for himself!

The next day a man came to Takanda's house and offered him much money if he would cause the rain to fall. “For,” he said, “my fishing-stakes are too high, but if it rains the river will swell and the fish will come into my baskets.”

“Very well,” replied Takanda. “I will say a prayer to the clouds, and the rain will fall.”

Then he stood at the back of his house, where he could not be seen, and cried to Mbona “Fall! Fall!” It began to pour with rain.

Again, he neglected to lay money on the ground and kept it all for himself. Soon, in this way, he grew rich and famous, and almost every day someone asked for fine or rainy weather. He stored many bags of cowries in his house and gave nothing to Mbona.

When two people asked him for rain and sunshine on the same day, Takanda pretended that he had grown tired of praying to the rain clouds, and so the rain fell.

However, after some time, seeing how rich Takanda became, Mbona was angry and decided to punish him.

One day Takanda wished to set out on a journey with his family, so he stood outside his house and cried, “Pass! Pass! Let the sunshine on my journey!”

However, as soon as he had set out, the Mbona rolled back the rain clouds again and rain poured down in torrents, causing a great flood in which Takanda and all his family were drowned.

Rain fed agriculture in Malawi is used to describe farming practices that rely on rainfall for watering crops. Rain fed regions house the largest proportion of poor people in Malawi.

A rainmaker is an important person in the African community, performing rituals and wielding great power. The ancient art of rainmaking was once practiced all around the world.