Showing posts from August, 2016
Show all

Morocco Facts. People, geography and culture of Morocco make this African country one of the most traveled countries in the world. Morocco is slightly more than three times the size of New York or slightly larger than California. Steeped in history, mystery, and beauty, here are twenty interesting facts about the 57th largest country in the world, Morocco. Friends in Tangier Tetouan Morocco photo by Hernán Piñera 20 True Facts About Morocco Independence from France on March 2, 1956 The English name Morocco derives from, respectively, the Spanish and Portuguese names Marruecos and Marrocos, which stem from Marrakesh the Latin name for the former capital of ancient Morocco; the Arabic name Al Maghrib translates as The West. Morocco’s’ population is around 33,322,699 (July 2015 est.) Morocco is the most westerly of the North African countries known as the Maghreb or the Arab West. The capital city of Morocco is Rabat, although the largest city is Casablanca
Learn More 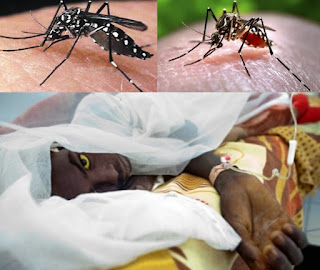 OX513A the GMO Mosquito.  Mosquitoes are one of the deadliest animals in the world. Zika, dengue, chikungunya, and yellow fever are all transmitted to humans by the Aedes aegypti mosquito. OX513A, the genetically engineered mosquito was first released into the world's population in 2010 and was celebrated as the answer to eliminating the Aedes mosquito. Mosquitoes are one of the deadliest animals in the world The Aedes aegypti or Aedes mosquito is jet black, with white spots on the upper torso and white rings on their legs. Aedes ability to carry and spread disease to humans causes millions of deaths every year. Aedes can breed in a teaspoon of water, and their eggs have been found in old tires, tin cans, plastic bottles, cesspools, catch basins, and ponds. Oxitec field-tested OX513A in the Cayman Islands, Panama and Brazil, and claims a large success rate with each release. In the Cayman Islands in 2010, a small release of OX513A males created an 80% reduction in the diseas
Learn More

What Do Waist Beads Symbolize 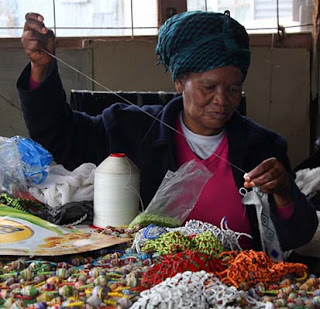 Waist Beads African Beauty Waist beads and bead making are surrounded by history and splendor in African art, music, and literature. Ileke or Jigida Yoruba African waist beads symbolize body sculpting, sexuality, and femininity.   Waist Bead tradition of the Southwest Nigeria, Benin, Togo Yoruba Tribes Beads are among the most interesting symbols in Yoruba African culture. The colors and sizes, the significance of the materials chosen for the waist are subjective; the person making the waist beads symbolize their perception, experience, feelings, beliefs, desires, and influence. Traditionally unmarried women of the Yoruba tribe wear an ileke also known as waist beads or waist chains. Waist beads are romantic, fashionable and attract attention to the waist by making the waist appear slimmer and bringing out the curves of the hips.  Waist beads were and still are worn for seduction. For some, the beads possess intimate appeal and can provoke desire in men.
Learn More

Why the Sea is Salty Tall Tale 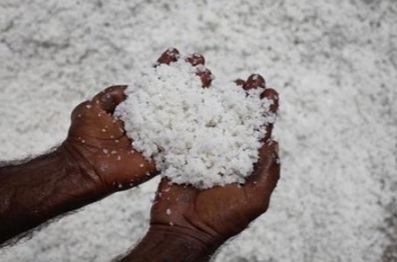 Unbelievable But True African Tall Tale Some tall tale stories are exaggerations of actual events but why the sea is salty African tall tale is true. The African tall tale folklore story why the sea is salty explains the age-old question of how salt made its way into the seven seas. Why the Sea is Salty Tall Tale Salty Sea Fuma, queen of the sea, stole two magic millstones from her brother Prince Noka of the lakes and rivers. Ordinary millstones grind corn into flour, but the Queens would grind out whatever the owner wished. However, Queen Fuma did not know how to make the magic millstones work.  She tried and tried, but they would not stir. "Oh, if I could only move the millstones," she cried, "I would grind out so many good things for my people. They should all be happy and rich." One day Queen Fuma was told that two strange women were begging at the shore to see her. "Let them come in,"
Learn More 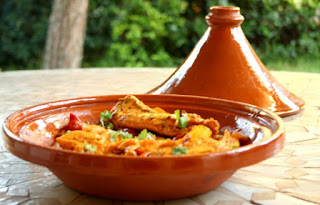 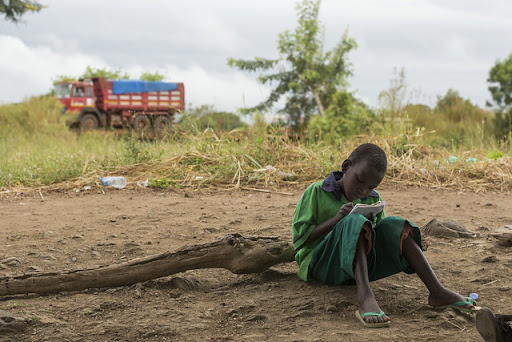 Twenty-five interesting facts about Africa's newest Republic South Sudan allows you to travel through miles and miles of the country exploring her political history, culture, sports and geography. 25 Interesting Facts about South Sudan, understand and embrace cultural differences as a way to learn to appreciate and respect those differences. Explore and Understand Africa Through Her Food and Culture 25 Interesting Facts about South Sudan 1. When Sudan gained its independence in 1956, it was with the understanding that the southerners (Currently South Sudan) would be able to participate fully in the political system however, Arab Khartoum government reneged on its promises, and a mutiny began that led to two prolonged periods of war, 1955-1972 and 1983-2005. 2. On January 2011, South Sudan voted 98% in favor of secession from Sudan. 3. South Sudan gained independence from Sudan on July 9, 2011 after over 20 years of guerrilla warfare, which claimed the lives of at least 1.5 m
Learn More 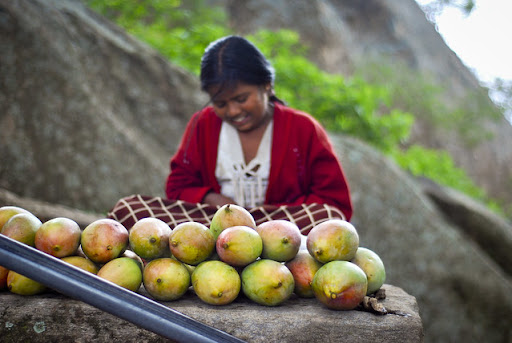 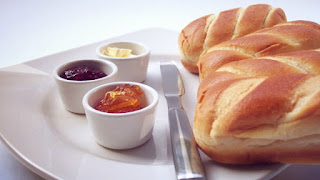 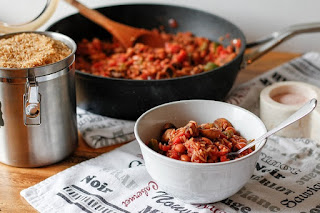 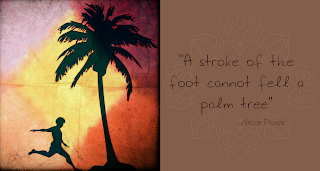 African proverbs teach weak leaders should not expect great results; inadequate leadership skills ruin the best campaigns. The need for strong leadership has never been more important with the world and African economies. Weak Leaders Should Not Expect Great Results, Here are the top 20 qualities that make a great leader. A Stroke Of The Foot Cannot Fell A Palm Tree ~ African Proverb Creativity is the opposite of routine. The beginning of everything is sweet but over time true colors show. ~African Proverb Endurance is patience concentrated An army of sheep led by a lion can defeat an army of lions led by sheep. ~African Proverb Thought change leads to life change African Proverbs. African Proverbs teach us in everyday life African proverbs inspire with ancient words of wisdom learn from weak leaders should not expect great results African Proverbs before starting your dream business.
Learn More

DNA African tribes most African Americans originate African DNA. African Ancestry helps people of African descent trace their ancestral roots back to a specific tribe, nearly 40 percent of Togo, Benin, Nigeria, Cameroon, and Gabon were enslaved along Africa's slave coast and sold to the present day US State of Virginia. Discover your tribal DNA, African tribes most African Americans originate from. African tribes from which most of today’s African Americans originate; Discover your DNA in tribal groups in Africa which number in the thousands, each having their own tribal language and traditional culture. African Tribes The Portuguese brought the first slaves in 1444 from Northern Mauritania. King John II of Portugal continued the work of Henry the Navigator by appointing Diogo Cão to explore and further open up the African coast. Diogo Cão was born in 1452 and was the first European known to travel into the Congo and to explore West Africa in 1482, present-day Angola a
Learn More 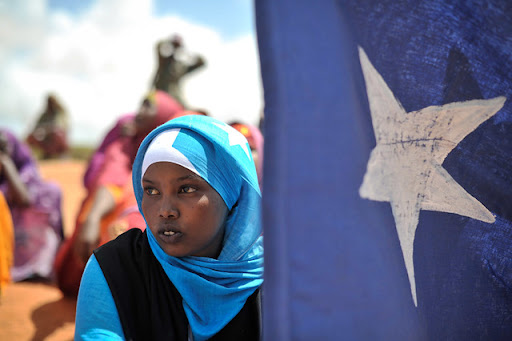 The 54 countries of Africa have their own flag that has a place of pride in the hearts of African people. Below are the 54 African countries and flags along with 10 interesting facts about African flags.   10 African Flags Facts Established in 2002 The African Union (AU) is an intergovernmental organization to promote unity among African countries, it's flag does not replace each individual African countries flag. 10 Interesting Facts about the National Flags of Africa The most frequently used colors are green, yellow, red and black. The flag of São Tomé and Príncipe green refers to the plentiful vegetation of the country, while the yellow stands for the tropical sun and cocoa, a key agricultural crop for the nation. The red evokes the "struggle for independence", as well as equality. The two stars on the yellow band represent the two islands that make up the country. The flag of Rwanda was adopted on October 25, 2001, the blue band represents happiness and pea
Learn More
More posts