Mauritius food is a mix of cultures African, French, and Indian. English is the official language of Mauritius although Creole is widely spoken by over 85% of the population. The national food dish of Mauritius is Rougaille, a Creole type dish of spicy tomato sauce served with rice. 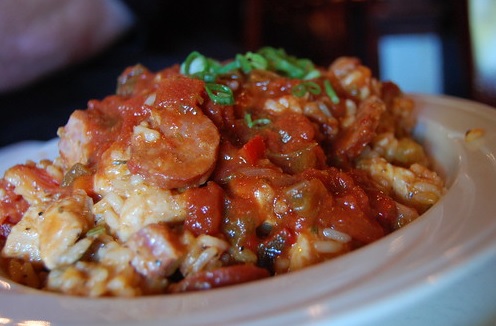 In a large frying pan over medium heat chopped sausage and fry until fat is rendered. Add onions, ginger, and sauté until onions are caramelized. Add remaining ingredients, cover and simmer 15 minutes. Serve over rice.

Did you know
The African island of Mauritius is located 500 miles east of Madagascar in the Indian Ocean.