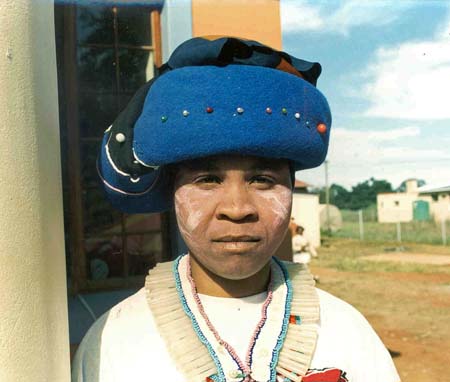 Nelson Mandela former President of South Africa was a Xhosa-speaking Thembu person and is perhaps the most well-known Xhosa. The Xhosa number approximately 8 million people, the majority of whom live in the Eastern Cape South Africa. They comprise a number of clans such as Gcaleka, Ngika, Ndlambe, Dushane, Qayi and the Gqunkhwebe of Khoisan origin. Xhosa language is one of the official eleven languages of South Africa.

Xhosa Tribe culture is rich in tradition, food and sport. Xhosa African people have a rich oral history, as walking history books; they preserve ancient stories and traditions. Their inherited custom was passed down through generations. This passing down of oral history through proverbs is one of the most distinctive traits of the Xhosa.

Xhosa, English and the meaning of the Xhosa tribe African proverb

Lukozo lomya.
Healing umya plant.
This saying is applied to anything or person considered very beautiful. The roots and bark of the umya plant is smoked or made into powerful medicine to cure snake bites.

Ngumpa wezala.
It is a cob stripped of maize in an ash pit.
Said of a worthless character.

Ukaulela inkawu ziyakasela.
You disturb monkeys on their way to drink.
This saying is used to express uncalled-for interference.

Umafa evuka njengenyanga.
It dies and rises like the moon.
Said of any question that springs up again after it is supposed to be settled.

Ilizwe lifile.
The land is dead.
A saying which implies that war has commenced.

Lunyawo lwemfene.
It is the foot of a baboon.
A saying denoting a treacherous person.

Inja yomoya.
A dog of the wind.
A saying applied to anyone who has no settled plan of living.

Udhle incholo.
He has drunk the juice of the flower of the wild aloe.
Said of a dull, sleepy person. This juice when drunk has a stupefying effect, and benumbs the limbs so as to make them powerless for a time.

Ulahla imbo yako ngopoyiyana.
You have cast away your own for that which you are not sure of.
This proverb is equivalent to the English one, A bird in the hand is worth two in the bush.

Yimbabala yolwantunge.
He is a buck of an endless forest.
A saying applied to a lazy person, one who never continues long in any occupation.

Akuko mpukane inqakulela enye.
One fly does not provide for another.
A saying of the industrious to the idle, meaning that each should work for himself as the flies do.