Three theories on how Africa got her name

Learn three theories on how Africa was named and a listing of African country names to understand Africa and the 54 names each country received on her contient after the historic Berlin Conference.

First theory on how Africa received her name is from Afri the name of peoples in North Africa located near Carthage under Roman rule in modern Tunisia in the third century B.C. 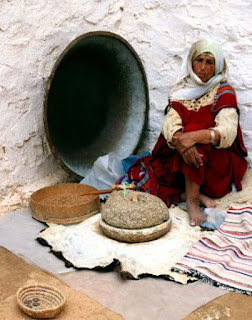 Second theory on how Africa was named is from the Greek word Aphrike meaning without cold. 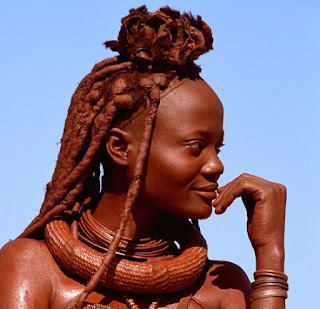 Lastly, the third theory on how Africa was named in Latin, Aprica means sunny or always hot derived from the Egyptian sun God Ra. 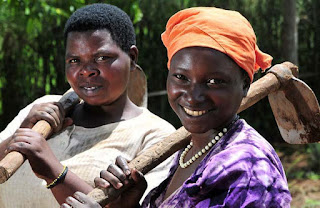 Every African country has a short name, an official name and a standard country code as well as local long names and local short names.

The short name is an unofficial name that everyone knows the country by, official names are used on official documents and official government publications and country codes are used to represent countries in the use of data and communications.

Africa was broken up into 54 different nations regardless of ethnic or familiar boundaries. Due to the Berlin Conference, colonialization rapidly took over the continent when colonial superpowers Austria-Hungary, Belgium, Denmark, France, Germany, Great Britain, Italy, the Netherlands, Portugal, Russia, Spain, Sweden-Norway, Turkey, and the United States of America imposed their domination on the African continent.

At the end of World War II in 1945, nearly every country in Africa was subject to colonial rule or administration.

Among the sovereign African countries, the largest is Algeria, occupying around 7 percent of the continent's landmass; the smallest African nation is Seychelles. Morocco is in first place among the most popular travel spots in Africa, followed by South Africa, Egypt, and Tunisia.

Here is a list of African country names to understand Africa and her 54 names her continent received after the historic Berlin Conference.

The country name derives from the capital city of Algiers.

Name derived by the Portuguese from the title ngola held by kings of the Ndongo. Ndongo was a kingdom in what is now northern Angola.

Named for the Bight of Benin, the body of water on which the country lies.

The name Botswana means Land of the Tswana - referring to the country's major ethnic group.

Name translates as Land of the Honest Incorruptible Men.

Name derived from the pre-colonial Kingdom of Burundi 17th-19th century.

The name derives from Cap-Vert Green Cape on the Senegalese coast, the westernmost point of Africa and the nearest mainland to the islands.

In the 15th century, Portuguese explorers named the area near the mouth of the Wouri River the Rio dos Camaroes River of Prawns after the abundant shrimp in the water; over time the designation became Cameroon in English; this is the only instance where a country is named after a crustacean.

Self-descriptive name specifying the country's location on the continent; Africa is derived from the Roman designation of the area corresponding to present-day Tunisia Africa terra, which meant Land of the Afri the tribe resident in that area, but which eventually came to mean the entire continent.

Named for Lake Chad, which lies along the country's western border; the word tsade means large body of water or lake in several local native languages.

Congo-Kinshasa the Democratic Republic of the Congo

Named for the Congo River, most of which lies within the DRC; the river name derives from Kongo, a Bantu kingdom that occupied its mouth at the time of Portuguese discovery in the late 15th century and whose name stems from its people the Bakongo, meaning hunters.

Congo Brazzaville Republic of the Congo

Same as DRC, named for the Congo River, which makes up much of the country's eastern border; the river name derives from Kongo, a Bantu kingdom that occupied its mouth at the time of Portuguese discovery in the late 15th century and whose name stems from its people the Bakongo, meaning hunters.

Name reflects the intense ivory trade that took place in the region from the 15th to 17th centuries.

The country name derives from the capital city of Djibouti.

The English name Egypt derives from the ancient Greek name for the country Aigyptos; the Arabic name Misr can be traced to the ancient Akkadian misru meaning border or frontier.

The country is named for the Guinea region of West Africa that lies along the Gulf of Guinea and stretches north to the Sahel; the equatorial refers to the fact that the country lies just north of the Equator.

The country name derives from the ancient Greek appellation Erythra Thalassa meaning Red Sea, which is the major water body bordering the country.

The country name derives from the Greek word Aethiopia, which in classical times referred to lands south of Egypt in the Upper Nile region.

Name originates from the Portuguese word gabao meaning cloak, which is roughly the shape that the early explorers gave to the estuary of the Komo River by the capital of Libreville.

Named for the Gambia River that flows through the heart of the country.

Named for the medieval West African kingdom of the same name, but whose location was actually further north than the modern country.

The country is named after the Guinea region of West Africa that lies along the Gulf of Guinea and stretches north to the Sahel.

The country is named after the Guinea region of West Africa that lies along the Gulf of Guinea and stretches north to the Sahel; Bissau, the name of the capital city, distinguishes the country from neighboring Guinea.

Named for Mount Kenya; the meaning of the name is unclear but may derive from the Kikuyu, Embu, and Kamba words kirinyaga, kirenyaa, and kiinyaa - all of which mean God's resting place.

The name translates as Land of the Sesotho Speakers.

Name derives from the Latin word liber meaning free; so named because the nation was created as a homeland for liberated African-American slaves.

Name derives from the Libu, an ancient Libyan tribe first mentioned in texts from the 13th century B.C.

The name Madageiscar was first used by the 13th-century Venetian explorer Marco Polo, as a corrupted transliteration of Mogadishu, the Somali port with which POLO confused the island.

Name derives from the West African Mali Empire of the 13th to 16th centuries A.D.

Named for the ancient kingdom of Mauretania 3rd century B.C. to 1st century A.D., which existed further north in present-day Morocco; the name derives from the Mauri Moors, the Berber-speaking peoples of northwest Africa.

Island named after Prince Maurice Van Nasau, stadtholder of the Dutch Republic, in 1598.

The English name Morocco derives from, respectively, the Spanish and Portuguese names Marruecos and Marrocos, which stem from Marrakesh the Latin name for the former capital of ancient Morocco; the Arabic name Al Maghrib translates as The West.

Named for the offshore island of Mozambique; the island was apparently named after Mussa al-BIK, an influential Arab slave trader who set himself up as sultan on the island in the 15th century.

Named for the Niger River that passes through the southwest of the country; from a native term Ni Gir meaning River Gir.

Same as Niger, named for the Niger River that flows through the west of the country to the Atlantic Ocean; from a native term Ni Gir meaning River Gir.

The name translates as domain in the native Kinyarwanda language.

Named after Saint Thomas the Apostle by the Portuguese who discovered the island on 21 December 1470 or 1471, the saint's feast day; Principe is a shortening of the original Portuguese name of Ilha do Principe Isle of the Prince referring to the Prince of Portugal to whom duties on the island's sugar crop were paid.

Named for the Senegal River that forms the northern border of the country; many theories exist for the origin of the river name; perhaps the most widely cited derives the name from Azenegue, the Portuguese appellation for the Berber Zenaga people who lived north of the river.

The Portuguese explorer Pedro de Sintra named the country Serra Leoa Lion Mountains for the impressive mountains he saw while sailing the West African coast in 1462.

Land of the Somali ethnic group.

Self-descriptive name from the country's location on the continent; Africa is derived from the Roman designation of the area corresponding to present-day Tunisia Africa terra, which meant Land of the Afri the tribe resident in that area, but which eventually came to mean the entire continent.

Name from the country's former position within Sudan prior to independence; the name Sudan derives from the Arabic bilad-as-sudan meaning Land of the Black peoples.

The name Sudan derives from the Arabic bilad-as-sudan meaning Land of the Black peoples.

Land of the Swazi people; the name Swazi derives from 19th century King MSWATI II, under whose rule Swazi territory was expanded and unified.

The country's name is a combination of the first letters of Tanganyika and Zanzibar, the two states that merged to form Tanzania in 1964.

Derived from the Ewe words to water and go shore to give the sense of by the water; originally, this designation applied to the town of Togo now Togoville on the northern shore of Lake Togo, but the name was eventually extended to the entire nation.

The country name derives from the capital city of Tunis.

From the Swahili Buganda, adopted by the British as the name for their East African colony in 1894; Buganda had been a powerful East African state during the 18th and 19th centuries.

Name derived from the Zambezi River, which flows through the western part of the country and forms its southern border with neighboring Zimbabwe.

Name from the Kingdom of Zimbabwe 13th-15th century and its capital of Great Zimbabwe, the largest stone structure in pre-colonial southern Africa.

Now that you understand where the name Africa could have derived from and how each African country was named, together we build awareness that boost harmony, education, and success, below are more links to articles you will find thought provoking.