Showing posts from January, 2014
Show all 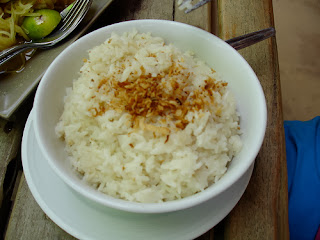 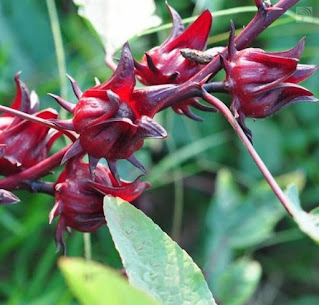 Drinking hibiscus bloom herbal tea is good for you since hibiscus teas made from edible flowers can be hot, at room temp, iced made with little or no sugar. Drinking Hibiscus Bloom herbal tea brewed from freshly gathered and dried hibiscus is an easy way to get nature's healing strength into your body. African hibiscus teas can be hot, at room temperature or iced. There are no hard and fast rules about hibiscus bloom flower African tea brewing. Everyone’s tastes and preferences are different. Some like strong herbal teas and others prefer mild or lightly flavored herbal infusions.  You can also buy your herbs dried from health food stores, and this is an excellent source for more exotic herbals. A dried herb will have a stronger flavor than a fresh herb. Dried Hibiscus Bloom Tea is the perfect recipe for an exotic yet simple tea.  There are tons of fresh herbs that of course are preferable for making herbal teas such as dried hibiscus flowers or Flor De Jamaica. Be sure to a
Learn More

African authors who won the Nobel Prize for Literature 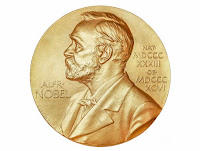 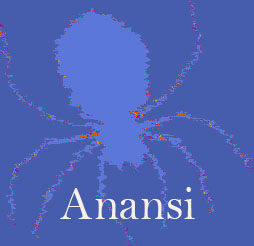 Anansi Short African Story for Kids. About Anansi. Anansi African folktale is a story forming part of an oral storytelling tradition shaped by the tongues of African elders passed down from one generation to the next. Folktales reflect the morals, superstitions, and customs of the African people. Anansi is a tricky spider who gets into all sorts of trouble. The word Anansi is Akan simply meaning spider. Anansi is an exceedingly popular folktale character whose stories are told and retold in West Africa and Jamaica. The Anansi tales are believed to have originated by the Ashanti people of Ghana. In the southern United States of America, Anansi's name evolved into the beloved Aunt Nancy stories. Anansi and the Old Lady’s Field Story. One day there was an old lady work a very nice field on a rock, And an old-witch boy is the watchman. And one day Anansi heard about the old-witch boy, And Anansi sends And invites him to his yard. And when the old-witch boy come, Anansi asks him
Learn More 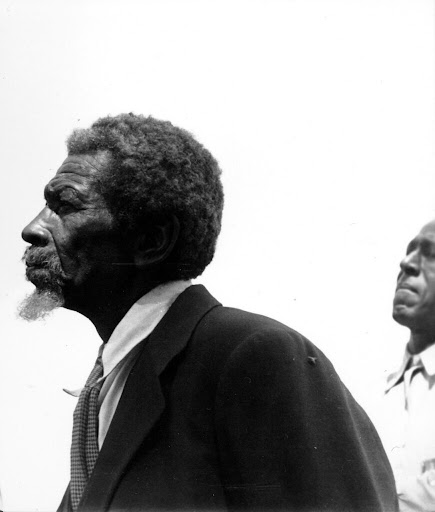 Negritude Négritude is a consciousness of and pride in the cultural and physical aspects of the African heritage. Négritude is the state or condition of being black. What is Négritude Explore and Understand Africa Through Her Food and Culture Negritude, who am I? Léopold Senghor was one of the three founders of Négritude, with Aimé Césaire and Léon-Gontran Damas. A Milestone in African literature the groundbreaking book 'The New Negro and Malagasy Poetry' or 'De la nouvelle poésie nègre et malgache' was written in 1948 by Léopold Sédar Senghor. Elected in 1960, Senghor was the first president of Senegal, a poet, and cultural truth-seeker. The impact of “The new Negro and Malagasy Poetry” is unrivaled establishing Senghor as the father of French African literature. Négritude is a term used to describe that which is unique about the African culture as found on the continent of Africa and in the African diaspora. In the 1930's as a rejection of French colonia
Learn More 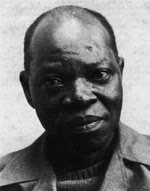 About Nigerian Author Amos Tutuola About Nigerian Author Amos Tutuola Amos Tutuola Nigerian author Amos Tutuola was born in the Southwest State of Abeokuta, Nigeria, near the Ogun River in 1920.  His parents earned meager wages as cocoa farmers in the area. Tutuola had eight children and held many odd jobs as he grew up but mainly he worked as a records keeper for the Nigerian Broadcasting Company. Tutuola's most famous novels are The Palm-Wine Drinkard written in 1946 and My Life in the Bush of Ghosts in 1954.  Tutuola was Nigeria's first internationally recognized author writing in English. The Palm Wine Drinkard has been translated into more than 15 different languages. Most of his writings were based on Yoruba folktales however; some fellow Nigerians looked on Tutuola writings as using uncivilized language in his books.  Tutuola was also criticized using for clichéd examples of Nigerian culture and writing folktales was not looked upon as true fine art
Learn More 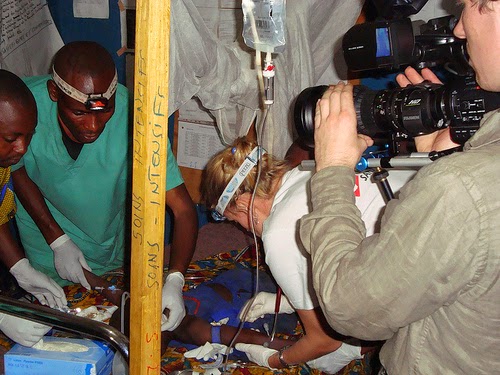 Facts Ebola in Africa Since 1971 Doctors Without Borders or Médecins Sans Frontières, MSF helps people worldwide where the need is greatest, delivering emergency medical aid to people affected by conflict, epidemics, disasters or exclusion from health care. As one of the Ebola epicentres, the district of Kailahun, in eastern Sierra Leone bordering Guinea, was put under quarantine at the beginning of August 2013. Seven True Ebola Facts “We are not sure that words can always save lives, but we know that silence can certainly kill." Dr. James Orbinski, then-President of the MSF International Council, accepting the Nobel Peace Prize on behalf of MSF in 1999. Doctors without Borders in the Congo 1. Ebola got its name from the Ebola River in then Zaire, now the Democratic Republic of the Congo. The Ebola River is a branch of the Congo River, which is the world’s deepest river.  2. Ebola first appeared in June and July in 1976 i
Learn More 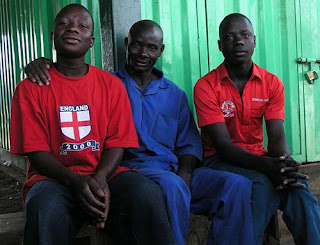 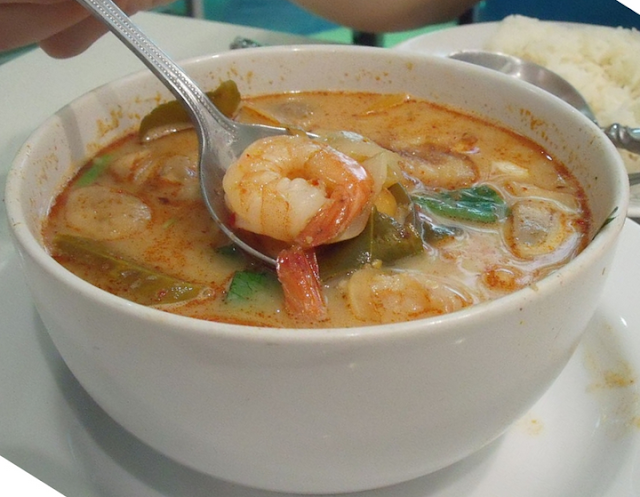 Shrimp Curry Homemade Spice Spices are made from flowers, berries, bark, seeds, roots, and gum of plants and trees. Keeping spices in the refrigerator does not increase their shelf life because the moisture from the refrigerator causes the dried herbs and spices to deteriorate faster. ﻿﻿ Shrimp Curry Spice Blend Ingredients 1 teaspoon ground sweet paprika 1 teaspoon ground coriander 2 teaspoons ground cumin ½ teaspoon ground nutmeg 2 teaspoons ground turmeric 2 teaspoons mustard seeds Directions Mix all ingredients in a bowl and store in an airtight container away from light and heat. A few facts about shrimp Seafood is the most common protein for humans in the world. As members of the shellfish family shrimp are among the top allergens, which in addition to shellfish include milk, eggs, fish, tree nuts, peanuts, wheat, and soy. One medium shrimp that is not fried or covered in butter and oil prov
Learn More 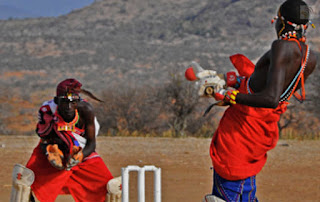 Laikipia Kenya Grevys Zebra and Uncommon Plants Laikipia County is found in the Great Rift Valley of Kenya and inhabiting the northeastern portion of Kenya along with uncommon plant life living side by side with the largest and most threatened of the three species of zebra, Grevys zebra make the natural park a special place near the horn of Africa. Laikipia means treeless plain in Maasai language  Laikipia County is one of the 14 counties within the Rift Valley region and one of the 47 counties in the Republic of Kenya. Laikipia County borders Samburu County to the North, Isiolo County to the North East, Meru County to the East, Nyeri County to the South East, Nyandarua County and Nakuru County to the South West and Baringo County to the West. The county’s population according to the 2009 National Census is around 400 thousand with males making up 49.8% while females make up 50.2% of the population.  With multiple ethnic communities, the Kikuyus and Maasai communities form the larg
Learn More 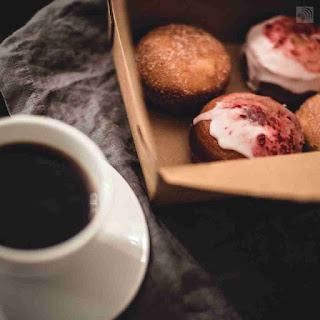 Make your Ghanaian Bofrot Doughnut Holes as fancy or plain as you want. Puff-puff as it is known in Nigeria is called Bofrot in Ghana. Bofrot is a traditional African snack is similar to an American doughnut hole. The recipe is very versatile, be creative with your puff-puff snack tonight. Mandazi or Maandazi is East African fried round dough bread similar to doughnut holes and Nigerian Puff-Puff. Easy Homemade Ghanaian Bofrot Doughnut Holes Ingredients 1 cup whole milk 1 large cage free egg 2 cups bread flour 2 tablespoons white sugar 2 tablespoons baking powder 1/2 teaspoon sea salt 1/2 stick unsalted butter, melted 5 cups vegetable oil for frying Directions Add the vegetable oil to a large, heavy-bottomed pot. In a small bowl, whisk together the milk and the egg. In a separate medium bowl, whisk together the flour, sugar, baking powder and salt. Stir the milk-egg mixture into the dry ingredients, then stir in the melted butter, mixing until a soft dough forms. On
Learn More

Is your morning cup of coffee endorsing poverty 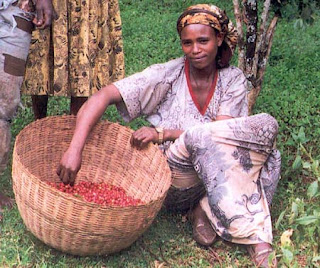 Africa does not benefit from the processing and manufacturing portion of the coffee bean, only the agricultural. What is Fair Trade and how does it help the small family coffee growers and not endorse poverty and exploitation of poor agricultural coffee growing regions. Picking coffee berries in Ethiopia Africa particularly the Ethiopian Rift Valley is famous across the world for growing producing the best coffee in the world, primarily due to its superior growing conditions. Coffee is the way many people begin their day. Whether it is brewing a cup at home or stopping by their favorite local coffee shop, many people consider coffee an essential part of their routine. Ethiopia is the world’s fifth largest coffee producer and Africa’s top producer. Coffee is Ethiopia's principal source of income and the world's demand for quality coffee is increasing steadily. More than 15 million people grow the crop for a living, hund
Learn More 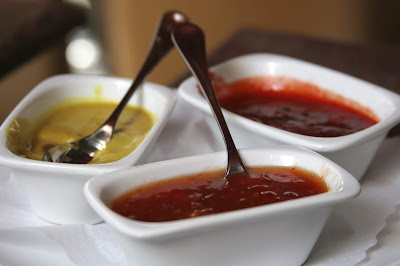 What is Chutney and How to Make Pantry Essentials Chutney and how to make. This mango chutney recipe is easy to make and absolutely enchanting and a great accompaniment to meat, rice and bean dishes. Mango chutney is a sort of a combination pickle and preserve. It is usually made rather sweetly and very hot, and is eaten with curry and rice. Mango chutney goes well with all kinds of meats.  In South Africa, it is usually made of any tart fruit and savory vegetable; this makes excellent tasting chutney. Use mango chutney in place of relish, mustard, ketchup and salsa.  Many regions in Africa are famous for their chutney especially South Africa who has the largest Indian population outside of India. How to Make Mango Chutney Ingredients 2 cups white vinegar 2 cups dried chopped mango 2 bunches fresh cilantro chopped 2 cups golden raisins 2 teaspoons grated ginger 1 tablespoon minced garlic 1 teaspoon allspice 2 tablespoons dried onion Red pep
Learn More
More posts