Oko and the Snake African Folktale is retold for those who appreciate and understand the social value of folklore in African countries. There several versions of the same folktale story throughout Africa however, the meaning is the same; a snake is always a snake at heart no matter the kindness shown. 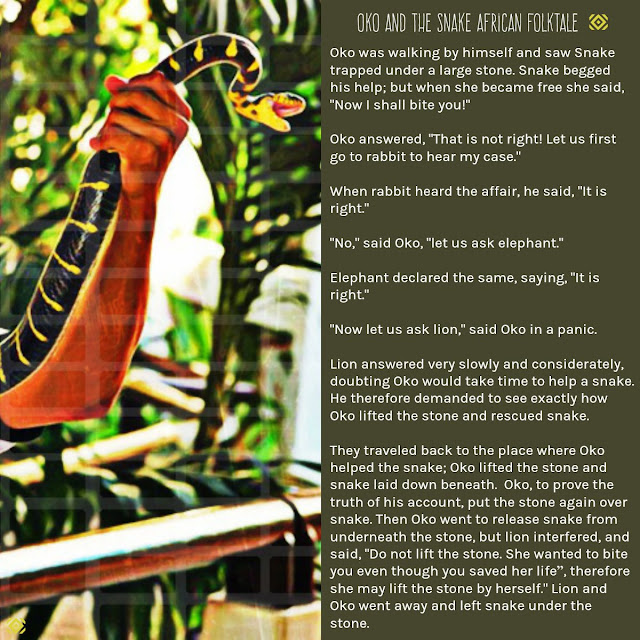 When you raise a snake, you should not be surprised when it bites you. West African Proverb