What About the Ebola Vaccine

The Ebola-vaccine was developed by the Public Health Agency of Canada, licensed to NewLink Genetics, who in turn licensed it to Merck and Co Inc. 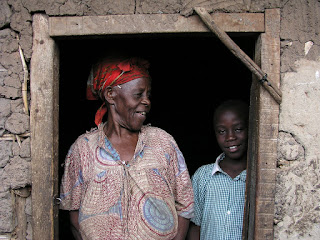 More than 11,500 people have died from Ebola since the epidemic began in Guinea in December 2013. An Ebola-vaccine developed in record time has proved highly effective against the deadly virus in a large trial in Guinea and could now be used to help end a vast outbreak in West Africa, researchers said on Friday July 31, 2015.

The first person to receive the trial Ebola-vaccine in Guinea was Mohamed Soumah, aged 27. He tells The World Health Organization (WHO): "It wasn't easy. People in the village said that the injection was to kill me. I was afraid. I was the first one to be injected, the very first, here in my village on March 23, 2015. I've been monitored for 3 months and I've had no problems. The last follow-up, 84 days after the Ebola-vaccination, was all clear."

"The estimated Ebola-vaccine efficacy was 100 percent," a team of researchers say.

The vaccine is administered via a shot to the upper arm. The researchers who ran the trial say their results suggest a single injection is highly effective, and that protection against Ebola can be established quickly. They're also still analyzing possible adverse reactions to the drug.

The trial was called Ebola ça Suffit, French for "Ebola that's enough." Funded by the World Health Organization and other groups, it started in April and ended on July 20, relying on participants who consented to be part of the trial. The more than 20 researchers who took part published their findings in The Lancet medical journal on Friday July 31, 2104. Deploying the Ebola-vaccine will take ingenious planning since the Ebola-vaccine must be kept at sub-zero temperatures from minus 76 to minus 112 degrees Fahrenheit.

·        Ebola first appeared in June and July in 1976 in simultaneous outbreaks in Nzara, South Sudan, and Yambuku, Democratic Republic of the Congo located in Central Africa 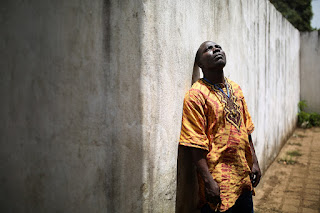 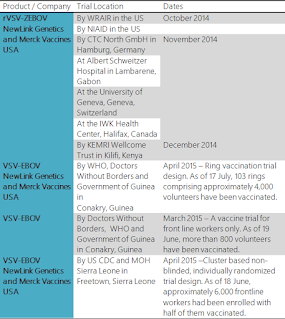