In the African folklore story, the Moon dies and rises to life again explains why the bunny rabbit has wiggly slits for a nose. 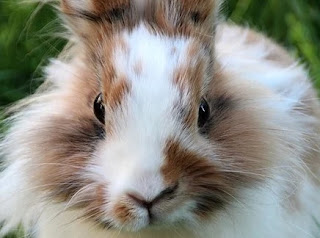 The Moon sent the Rabbit to the earth to inform humans that as she died away and rose again, so humankind could die and rise again.

When Rabbit returned, the Moon asked, "What did you say to the humans?"

The moon in her anger then took a great big stick and hit the Rabbit on his nose, which is why the Rabbit has a slit nose and constantly wiggles it from soreness to this very day.

More African folklore to make you happy with reading again.

Folklore storytelling is the most ancient art form of the African Community.