The plan kills the weapon only does the deed African Proverb teaches violence, destruction and death are planned by a handful of individuals, carried out by many callous ambitious persons to wreak havoc on millions of innocent people.

The plan kills; the weapon only does the deed ~ Ethiopian Proverb

Insecurity is rampant across Africa hindering progress at national and regional levels. From the urban crime to terrorist groups to civil wars and political instability, the examples violence is endless. The brutal insecurities affect all factors of life including loss of infrastructure causing colossal displacement of people, loss of foreign investments, and loss of innocent lives.

Al-Shabaab means The Youth in Arabic is a Salafist jihadist group based in East Africa, mainly Somalia. Al-Shabab has staged numerous attacks in Kenya because it has sent its troops into Somali territory. In February 2010, the group is allied to al-Qaeda. Al-Shabaab has carried out more than 360 attacks in Somalia from 2006-2017.

On January 27, 2017, Al-Shabaab killed at least 57 soldiers in takeover of peacekeeping base in Kulbiyow, Somalia. In the middle of the day on September 21, 2013, al-Shabaab fighters stormed a busy Nairobi Kenya shopping center, throwing grenades and firing indiscriminately at shoppers for 4 days resulting in at least 67 deaths. Al-Shabaab was declared terrorist group by US on March 18, 2008.

Al-Qaeda means The Base in Arabic and is broad-based militant Islamist organization founded by Osama bin Laden in 1989. The oldest of the Islamist militant groups operating in North Africa, Al-Qaeda in the Islamic Maghreb (AQIM) came into being in 2005 when it changed its name from the Algerian Salafi Group for Call and Combat (GSPC) and announced its allegiance to Osama Bin Laden. In February 2017, 15 people were killed and 19 injured in Tiloa, Niger in an ambush attack by Al-Qaeda militants. Al-Qaeda was declared terrorist group by US on October 8, 1999.

Islamic State formerly known as ISIS can trace its roots back to the late Abu Musab al-Zarqawi, a Jordanian. In 2004, a year after the US-led invasion of Iraq, Zarqawi pledged allegiance to Osama Bin Laden and formed al-Qaeda in Iraq (AQI), which became a major force in the insurgency.

Boko Haram declared terrorist group by US in 2013. About 11 people were killed Saturday March 28, 2015 and two more injured ‎in attacks apparently by Boko Haram in voting stations in the northeastern state of Gombe Nigeria.

Boko Haram states its purpose is to institute Sharia, or Islamic law. Women and girls who were former captives of Boko Haram face marginalization and rejection by family and community members because of social and cultural norms related to sexual violence. Boko Haram promotes a version of Islam which makes it "haram", or forbidden, for Muslims to take part in any political or social activity associated with Western society. 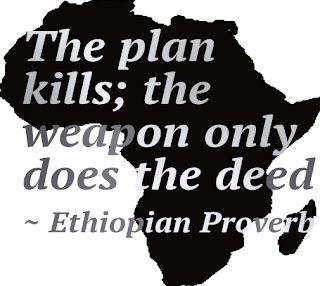