Peanuts are rich in oil and protein and are a nutrient-dense food. Especially in the developing regions of Zambia, the peanut plays an important role both as income and food crop.

Directions
Whisk water, peanut butter, and garlic cloves together in bowl. Add broccoli, red bell pepper, and vegetable stock in large pot covered, over high heat until tender, about 5 minutes. Add sauce to pot and simmer over medium-high heat until thickened, about 30 seconds. Return vegetables to pot and cook until well coated, about 30 seconds. Serve warm over rice.

About Peanuts in Africa 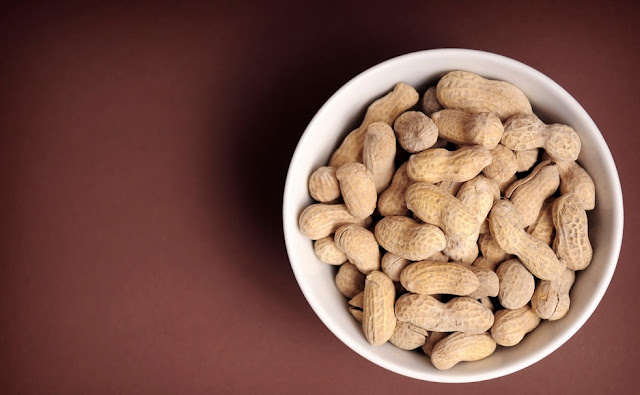 Despite its beauty, the poverty rate in Zambia is around 27 percent, most people living off $1.25 per day. Zambia is home to seventy various ethnic groups. Small family farms and subsistence farming accounts for around 80 percent of Zambia's agricultural areas.

Pumpkins and peanuts grow abundantly in the African country of Zambia and are an economical source of nutrient-dense food. What is nutrient density? It is a measure of the nutrients provided per calorie of food or the ratio of nutrients to calories.

Foods that supply generous amounts of one or more nutrients compared to the number of calories they supply are called nutrient-dense. Peanuts have a high nutrient density because they provide protein and many vitamins and minerals in a proportion of their calories.

Nutrient-dense foods are full of the nutrients that a body needs to thrive. In Zambia, peanuts are worth more than peanuts in rural farmlands the peanut is an ideal crop to grow, especially for women. Women are increasingly farming fallow lands with drought-tolerant peanut varieties in order to produce products to sell, such as cakes, oils and peanut butter in local markets.

Over half of the peanuts harvested worldwide are crushed for oil; peanuts produced in developing regions of Zambia are sold in local markets to earn a living for their families. Peanuts are a vital income-producing crop to Zambian African women.. Earning higher profits from the nutrient-dense peanut means stronger families for Zambia and ultimately Africa as a whole.

In a medium saucepan over medium heat add milk, honey, and peanut butter mixing well. Stir in rice and peanuts, top with your favorite fruit and serve warm.

Did you know?
Zambia, officially the Republic of Zambia has a population of about 13.5 million people and is a landlocked country in Southern Africa. Zambia is located in Eastern Africa and its capital is Lusaka. Zambia and Zimbabwe borders meet at one of the natural wonders of the world, the Victoria Falls, and one of the largest man-made lakes, Lake Kariba.
Read more facts and food recipes about Africa
African people are praised for proverbs, history, traditions, and struggles. African people are extremely diverse within each African country. Made up of numerous tribes and people of many religious, social and ethnic groups within the geographical boundaries of the African country African borders are at times arbitrary.