Study about people, religion and Yoruba civil wars of Nigeria and the role in the slave trade for a well-round view of the Yoruba people of Nigeria. 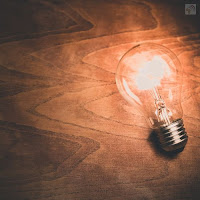 
Who are the Yoruba?

The history of the peoples that constitute the present country of Nigeria dates back more than 2,000 years. The earliest archaeological finds were of the Nok, who inhabited the central Jos Plateau between the Niger and Benue rivers between 300 B.C. and 200 A.D. A number of states or kingdoms with which contemporary ethnic groups can be identified existed before 1500.

Long before the 1500s, much of present-day Nigeria was divided into states, which can be identified with the modern ethnic groups that trace their history to the origins of these states. These early states included the Yoruba kingdoms, the Edo kingdom of Benin, the Hausa cities, and Nupe.

The most populous country in Africa and the largest in area of the West African states, Nigeria was an early twentieth century colony that became an independent nation in 1960. A country of great diversity because of the many ethnic, linguistic, and religious groups that live within its borders, Nigeria is also a country with a long past.

Of these, the three dominant regional groups were the Hausa in the northern kingdoms of the savanna, the Yoruba in the southwest, and the Igbo in the southeast all internally subdivided along with the Kanuri, Ibibio, Tiv, and Ijaw.

The Yoruba were organized in male-headed groups that occupied village communities, but from about the eleventh century A.D., village compounds began to merge into a number of territorial city-states creating large well-connected independent states.

The kola nut is culturally very important for West and Central tribes in traditional ceremonies, special events and welcoming visitors. It is found in Benin, Cameroon, the Democratic Republic of the Congo, and Cote d'Ivoire, Gabon, Ghana, Liberia, Nigeria, Senegal, and Sierra Leone.

This transition produced an urbanized political and social environment that was accompanied by a high level of artistic achievement, particularly in wood, terra-cotta, and ivory sculpture and in the sophisticated metal casting produced at Ife.

The brass and bronze used by Yoruba artisans was a significant item of trade, made from copper, tin, and zinc imported either from North Africa or from mines in the Sahara and northern Nigeria.

Olowe of Ise descendants claim he was self-taught, but it is likely that he learned the Yoruba canon and perfected his carving skills during an apprenticeship. Eventually, he became a master artist at the King's palace, and as his fame grew, other Yoruba kings and wealthy families commissioned him to carve architectural sculptures, masks, drums and other objects for their palaces.

Among the Yoruba such elaborately carved and decorated bowls were prestige objects used to offer kola nuts to guests or to deities during religious worship. Olowe was an innovative and virtuosic, even daring, the artist as demonstrated in this sculpture. The image of four dancing girls on the lid, for example, is the first such representation in Yoruba art.

Olowe's choice of dancers raises questions about his inspiration. Olowe also depicted nude males, one of whom is kneeling, on this bowl. Such renderings are exceptional and challenge the Yoruba canon.


The Yoruba appeal to a god, and includes lesser deities, some of them formerly mortal, who performed a variety of cosmic and practical tasks. One of them, Oduduwa, was regarded as the creator of the earth and the ancestor of the Yoruba kings. According to a creation myth, Oduduwa founded the city of Ife and dispatched his sons to establish other cities, where they reigned as priest-kings and presided over rituals in Yorubaland.

Ife also lay at the center of a trading network with the north. One of Ife's greatest legacies to modern Nigeria is its beautiful sculpture associated with this tradition. Respect for the priestly functions of the oni of Ife and recognition of the common tradition of origin were crucial factors in the evolution of Yoruba ethnicity.

The oni of Ife was recognized as the senior political official not only among the Yoruba but also at Benin, and he invested Benin's rulers with the symbols of temporal power. Aladura is a religious movement among the Yoruba peoples of western Nigeria, embracing some of the independent prophet-healing churches of West Africa. Nevertheless, despite this movement, Ife remains the religious center of Yoruba people.

Nationalists were critical of colonialism for its failure to appreciate the antiquity of indigenous cultures. They wanted self-government, charging that only colonial rule prevented the unshackling of progressive forces in Africa. Out of reverence for traditional kingship, for instance, the oni of Ife, whose office was closely identified with Yoruba religion, was accepted as the sponsor of a Yoruba political movement.

Yoruba People and Civil War effects on the Slave Trade

Slightly more slaves came from the Nigerian coast than from Angola in the eighteenth century, whereas in the nineteenth century perhaps 30 percent of all slaves sent across the Atlantic came from Nigeria. Over the period of the whole trade, more than 3.5 million slaves were shipped from Nigeria to the Americas.

Most of these slaves were Igbo and Yoruba, with significant concentrations of Hausa, Ibibio, and other ethnic groups. In the eighteenth century, two organizations, Oyo and the Aro federation was responsible for most of the slaves exported from Nigeria. The Aro federation continued to export slaves through the 1830s, but most slaves in the nineteenth century were a product of the Yoruba civil wars that followed the collapse of Oyo in the 1820s.

Although the transatlantic slave trade did not end until the 1860s, other commodities, especially palm oil, gradually replaced it; the shift in trade had serious economic and political consequences in the interior, which led to increasing British intervention in the affairs of Yorubaland.

The rise of the Sokoto Caliphate and the economic and political adjustment in the south strongly shaped the course of the colonial conquest at the end of the nineteenth century. The Sokoto Caliphate was a West African Empire that became a part of northern Nigeria.