Facts about Africa
Africa is a unique continent filled with history and culture. Come explore 50 of the most interesting facts about Africa and her rich traditions and civilizations. 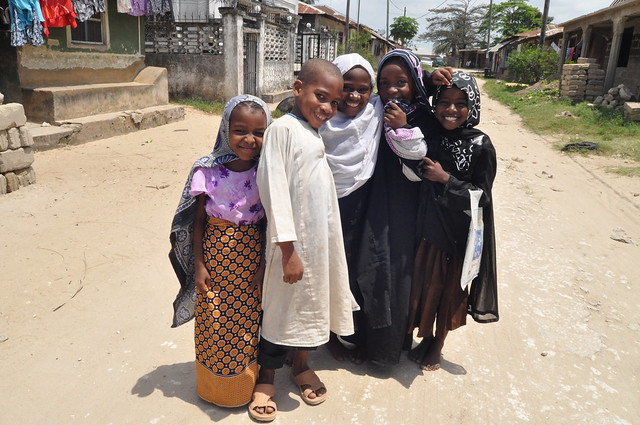 1. Africa and Europe are separated by less than 9 miles at the Strait of Gibraltar.

2. Africa contains the world’s largest desert, the Sahara, which makes up an area greater in size than the entire continental U.S.

3. Africa has 54 countries, South Sudan is the newest and Liberia is the oldest republic.

5. Africa has over 85% of the world’s elephants and over 99% of the remaining lions are on the African continent.

6. Africa is the second largest continent covering 20.5% of the earth’s total land area.

7. Africa is the second most populous continent with about 1.1 billion people or 16% of the world’s population.

8. The African continent has the world’s oldest populated area.

10. Almost half of the gold ever mined on Earth has come from a single place, Witwatersrand South Africa.

11. Approximately 90% of all cases of malaria worldwide occur in Africa.

12. At hand are three dominant theories on how Africa received her name. “Afri”, the name of peoples in North Africa located near Carthage under Roman rule in modern Tunisia in the third century B.C., second is from the Greek word “Aphrike” meaning without cold and lastly in Latin, “Aprica” means sunny or always hot derived from the Egyptian sun God Ra.

15. Dragon’s Breath Cave is the largest underground lake in the world and is located in the Southern African country of Namibia.

16. Ethiopia is the only African country with its own alphabet. It also has the world’s oldest living alphabet, the Ethiopic.

17. Four of the five fastest land animals reside in Africa: the cheetah, the wildebeest, the lion, and the Thomson’s gazelle. All of these animals can run at speeds above 50 miles per hour, with the cheetah reaching a top speed of about 70 miles per hour.

18. Goliath frog is the world’s biggest frog and is found in Equatorial Guinea and Cameroon; it can grow up to be a foot long and weigh up to 8 pounds.

19. Graca Machel is the only women to have ever been first lady of two different countries, Mozambique and South Africa.

20. Intonga or stick fighting is one of South Africa’s oldest games developed hundreds of years ago in the rural parts of South Africa where it served as an important rite of passage in Xhosa culture.

21. Kenya has one of the most culturally diverse populations in Africa.

23. Lemurs are found only on the African island of Madagascar and nearby islands.

24. Liberia is a settlement of freed slaves and free blacks from the US established in 1822.

27. Mancala or Mankala Oware is a traditional African game teaching math skills which is also played in Europe and around the world. Oware is one of the most played games in the Mancala Family of pit and pebbles games.


29. Mount Kilimanjaro is the highest mountain on the continent. It towers over 19,300 feet, which is so tall that glaciers can be found at its summit even though the mountain is near the equator.


31. Namibia’s Twyfelfontein is a UNESCO World Heritage Site since June 2007. Twyfelfontein has one of the largest concentrations of rock engravings in Africa. Twyfelfontein carvings are wide-ranging from animals to people to ritual practices to scenes of daily life over at least 2,000 years.


32. Oral traditions are important in African history and culture. One such oral tradition takes the form of hand-clapping games played by children throughout the African continent.

33. Over 25%, all languages are spoken only in Africa with over 2,000 languages spoken on the continent.

34. Rwanda and Nigeria are the top two most densely populated African countries.

35. Sudan has more than 200 pyramids, double the number found in Egypt.

36. The “The” officially belongs in front of The Gambia since 1964. The Permanent Committee on Geographical Names says, "A letter dated May 1964 from the Gambian prime minister's office instructed that The Gambia should be used with a capital T. One of the reasons they gave was that the Gambia could be confused with Zambia, which was a new name to the international community at the time."

37. The ancient Egyptian city of Kahun was the world’s first planned city.

38. The deserts of Tunisia housed the original Star Wars movie sets for the film's planet Tatooine.

39. The Gambia banned gambling March 1, 2015, denouncing the industry as "exploitative" and saying the government acted to prevent its youth from becoming a generation of addicts.

40. The Gambia is geographically surrounded by Senegal.

41. The Kalahari Desert of eastern Namibia is well vegetated, despite its deep sands and absence of surface water.

42. The largest country in Africa is Algeria, the smallest is the Seychelles.

43. The longest river in the world, the Nile at 4,132 miles is located in eleven countries in Africa, Tanzania, Uganda, Rwanda, Burundi, Congo, Kenya, Ethiopia, Eritrea, South Sudan, Sudan and Egypt.

44. The Lugazi Uganda Little League team is bringing baseball in Africa to the World stage by competing in the 2015 Little League Baseball World Series.

45. The most popular sports in Africa are football (soccer), rugby, cricket, and capoeira, long distance running and wrestling.

46. The ostrich is native to Africa and are the largest birds in the world. Ostriches live in portions of 25 African countries.

47. The ruins of Great Zimbabwe are a compound of stone buildings.

48. There are 54 countries and one disputed territory, Western Sahara in Africa.

49. There are gigantic Mosque adobes in Djenné and Mopti in the African country of Mali.

50. Africa's Timbuktu in the country of Mali is home to one of the oldest universities in the world, established in 982 CE.