In many African countries, breast cancer patients face stigmas and misperceptions. As in other parts of the world; a woman who has breast cancer may be seen as less than a woman. 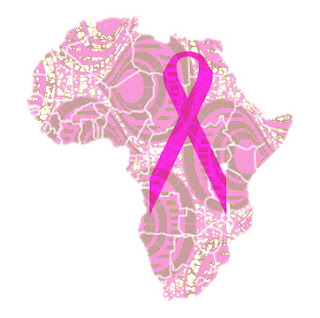 In Africa, a major misconception about breast cancer is the belief cancer patients brought the disease on themselves and the disease is contagious.  Other serious reasons are the lack of resources, social stigmatization, and religious beliefs can keep women from seeking help.

Breast cancer is the most commonly diagnosed cancer in women in Africa. The average age at which African women present with breast cancer is 35 - 45 years, 10 - 15 years earlier than their Caucasian counterparts.  Patients in Africa often present with late-stage breast cancer that has spread to other organs and is very difficult to treat. The stigma around cancer is a relatively untapped field, while much research has been done around HIV/AIDS, which is also often highly stigmatized. 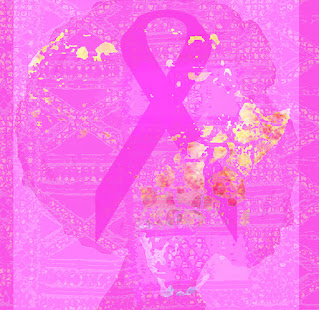 Breast cancer makes you less than a woman

The stigma surrounding breast cancer is so great that people hide the disease from their family and friends and will not seek treatment until they are in severe pain.  Women in communities where men are allowed more than one wife have a great fear of being disfigured by surgery and losing a husband and support for their children.

A woman who loses her breasts is seen as less than a woman. The preventive early screening for breast cancer is not utilized where available and this leads to unnecessary deaths.  Also in some African communities, are Muslim and women cannot expose their breasts to a male doctor or nurse as part of a screening program.

Cancer patients in poor communities face unique challenges in having to cope with breast cancer. Not only do they have to deal with the life-changing emotional impact of a cancer diagnosis, but also with poverty, lack of access to care and dependence on their husbands for financial support who may hold sigma’s of their own about breast cancer.

Cancer is a generic term for a large group of diseases characterized by the growth of abnormal cells beyond their usual boundaries that can then invade adjoining parts of the body and/or spread to other organs. Other common terms used are malignant tumors and neoplasms. Cancer can affect almost any part of the body and has many anatomic and molecular subtypes that each requires specific management strategies.

Cancer is the second leading cause of death globally and is estimated to account for 9.6 million death in 2018. Lung, prostate, colorectal, stomach and liver cancer are the most common types of cancer in men, while breast, colorectal, lung, cervix and thyroid cancer are the most common among women. Breast cancer is less common in West African countries than it is in the United States.

Breast cancer survival rates vary greatly worldwide, ranging from 80% or over in North America, Sweden and Japan to around 60% in middle-income countries and below 40% in low-income countries. The low survival rates in less developed countries can be explained mainly by the lack of early detection programs, resulting in a high proportion of women presenting with late-stage disease, as well as by the lack of adequate diagnosis and treatment facilities.

The stigma around breast cancer in Africa is a relatively untapped field, while much research has been done around HIV/AIDS, which is also often highly stigmatized.


Read more about women on the African continent.
The Black Natural and Weaved Hair That Divides Us
Emotional Impact of Infertility
Why People Are Given A Name African Folklore
Genes are speaking, ethnically and genetically diverse Africans
Accept Your Body African Proverbs