Whether night running is an ancient tribal art, a calling from the spirits, witchcraft, an act of Sadism, or OCD remains a mystery since night running is a considered a secret act to the runner and the community victims.


The belief is night running runs in the family or you can become a night runner by use of witchcraft placed on a person. The nighttime practice of running around communities and causing havoc, naked or clothed, is carried out across Africa but especially in the Kenyan regions of Njiru, Limuru, Ruiru, Ruai, and Thika.

Closely associated with witchcraft, night runners are urged to run by spirits that choose a target at random in their neighborhood while beating tin roofs with wooden sticks, throwing dirt at doors and tapping on windows.

Their communities often recoil from people who engage in night running because night runners are bewitched, compelled to run by the spirits to let the demons out. Night runners jump, run and perform athletic feats in total darkness.

Night runners are male and females, clothed or naked practicing night running or suffering the ill effects of refusing the spirits. Traditionally, night runners run in villages with no electricity but urbanites have encountered night runners in the city. Night running is practiced in the dark, the only light should be from the moon, but cities are all well-lit.


Many night runners believe people are suspicious of night runners not understanding their calling from the spirits of their night running ancestors. If you are caught running at night, you can be beaten and even burnt; it is dangerous since people can burst out of homes with guns, knives and even set traps to collect bribes not to out the night runner to the community.

Most night runners target elderly people where the risk of being caught is lessened and place like Njiru, Limuru, Ruiru, Ruai, and Thika in Kenya are the most ideal since these areas are sprawling and pitch dark. Terrifying people out of their sleep is a common goal for night runners performing an act of Sadism receiving pleasure from the night running acts inflicting mental pain and humiliation.

Night running is considered a public health risk in Kenya and also related to Obsessive-compulsive disorder (OCD). OCD is an anxiety disorder in which time people have recurring, unwanted thoughts, ideas or sensations that make them feel driven to do something repetitively. Even though night running is a danger to themselves and their families, people continue to night run.

Many night runners have a strong desire to engage in an activity and often feel compelled to night run, even when things like an illness or injury or threat of death say they should not run. Not only does this lead to injuries from running including attacks from freighted neighbors, but it mentally brings night runners depressive feelings.

One of the best benefits of running is its ability to reduce stress and feel better but, night running crosses the line of healthy exercise. Night running in Africa is a real thing, not a myth, and one that so-called possessed runners are particularly prone to, making them feel like they need to run. Night running does not produce emotional or spiritual gains while fostering harmful effects.
Read more about Africa and African traditions

Running at night in Africa.

African Country Names Your Saying Wrong
What do Waist Beads Symbolize in Africa?
About African Healers and Witchdoctors
Hurricanes are Angry African Ancestors
Highest Temperature and Lowest Temperature in Africa
All 54 African countries have national anthems. 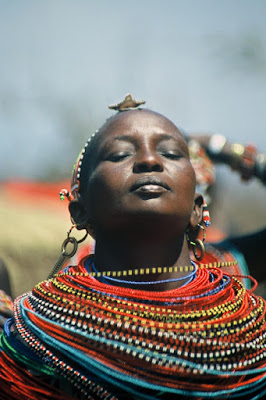