Street food is ready-to-eat food sold by vendors in public places and is cricial to the African economy. 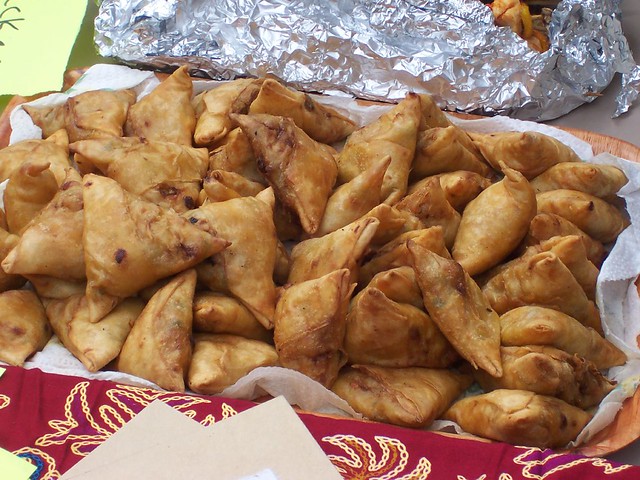 Samosa recipe of Africa is a deep-fried favorite African street food filled with potatoes and African spices. Samosas are the perfect street food meal on the go in Africa.


Learn how to make the popular African street food samosa at home. 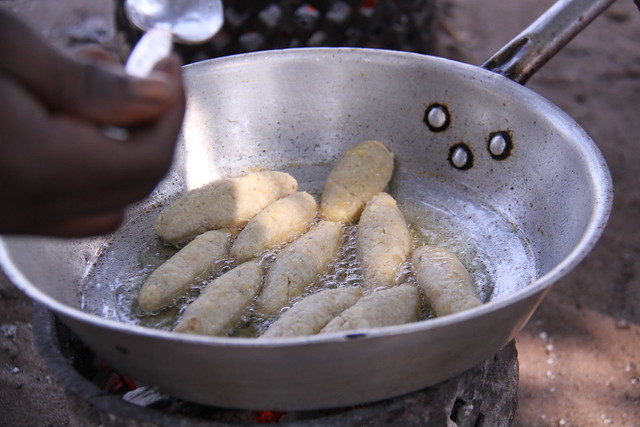 Culture and food of Africa street food would not be complete without including the African street food recipe of Samosa.

Samosas are the perfect meal on the go street food in Africa.

Directions
For the dough
Mix together the flour, oil and salt. Add a little water, until mixture becomes crumbly. Keep adding water, kneading the mixture till it becomes soft. Cover with a moist cloth and set aside for 30 minutes.

Heat ¼ cup of oil in a large frying pan on medium heat.

For the filling
In a large bowl add all filling ingredients.  Set aside to cool.
Divide dough into 12 equal portions. Use a rolling pin; roll a piece of dough into 4 inch ovals and cut into two halves.

Run a moist finger along the diameter. Roll around finger to make a cone. Place a tablespoon of the filling into the cone. Seal the third side using a moist finger. Deep fry until golden brown. Serve with tomato sauce or chutney.