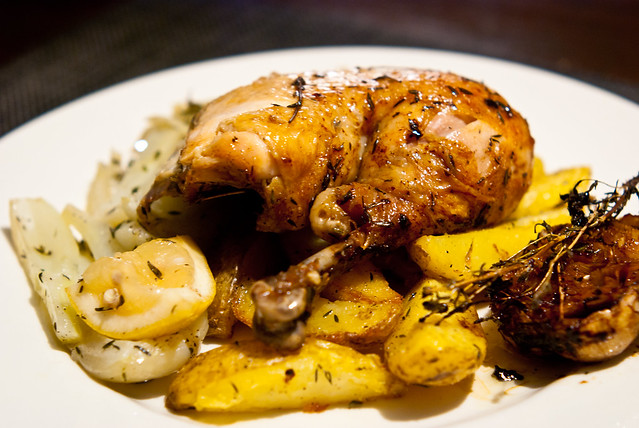 Pintade is a traditional Senegalese French kitchen recipe of grilled guinea fowl also known as Guinea Hens. The flavor of guinea fowl is between pheasant and chicken, a little gamey but not over the top. The guinea fowl is a wild bird found living across the African continent used in many popular African recipes. Guinea fowl is the food of choice for holiday meals.


Directions
Season cut-up guinea fowl with salt and pepper. Heat the oil in a heavy skillet large enough to hold the pieces in one layer. Add the hen pieces skin side down and cook, turning the pieces often, until browned all over. Remove fowl, add the onions and spices, and stir. Cook about two minutes. Sprinkle onion mix with flour and stir so that the ingredients cook evenly. Add the broth, cover and cook about 20 minutes. Uncover and let cook about 10 minutes longer. Serve your guinea fowl in the casserole dish of your choice, with sides such as rice, potatoes or vegetables.