Life and Death of the First African Nobel Prizewinner  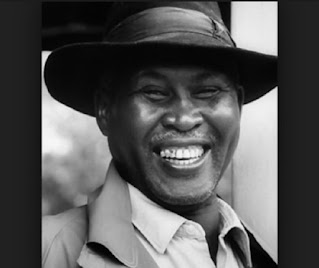 Albert John Luthuli Nobel Peace Prize body of work was molded by the pattern of the Zulu African tribal community and by the influence of Christianity.


Albert John Mvumbi Luthuli was the first African Nobel prizewinner for Peace advocating non-violent resistance to racial discrimination in South Africa. He believed in and fought for full political, economic and social opportunities for the oppressed people of South Africa. Luthuli was nominated in 1960 and received his Nobel Prize one year later, in 1961.

The Life and Death of Albert John Mvumbi Luthuli

In South Africa, nonwhites are denied all right to participate in the government of the state. They are discriminated against legally, economically, and socially. And this discrimination between whites and nonwhites was growing steadily, this is where Luthuli inserted his Nobel Peace Prize nonviolent leadership.


Born 1898, near Bulawayo, Rhodesia, now in Zimbabwe, Albert John Mvumbi Luthuli, was educated in Christian Mission Schools and graduated from the American Board Mission’s teacher-training college at Adams, near Durban South Africa, becoming one of its first three African instructors; he later taught at Adam’s until 1935.

In 1921, Josiah Mqwebu succeeded Luthuli’s Uncle Martin Luthuli in a democratically elected assembly and after Mqwebu term as Chief ended; Albert Luthuli was elected as Chief of Groutville in 1935. Luthuli eagerly took on the responsibilities as the elected chief of the Christian AbaseMakholweni community of Umvoti Mission Reserve later to be known as Groutville.

However, as a chief, he was not allowed to take part in politics; he defied this ban. When he was called upon by the Government to choose between his chieftainship and the African National Congress, he chose the African National Congress stating, “The road to freedom is via the cross.” He was unseated in 1952 and elected president-general of the African National Congress the same year.
In December 1956, Luthuli and 155 others were rounded up and charged with high treason. His long trial failed to prove treason, a communist conspiracy, or violence, and in 1957, he was released. During this time Luthuli’s quiet authority and his inspiration to others profoundly impressed distinguished foreign observers, and this led to his nomination for the Nobel Prize.

In 1959, the government confined him to his rural neighborhood and banned him from gatherings this time for five years for promoting feelings of hostility between the races. His first ban for two years was in 1952. It was renewed in 1954 and in 1959; he was banned for a further period of five years that was again renewed when it expired.
In 1960, when police murdered and injured more than 250 black Africans demonstrating against the pass laws at Sharpeville, Luthuli called for national mourning. On virtual house arrest over many years, in December 1961, Luthuli was allowed by the South African government to leave his rural home in Groutville when he flew to Oslo Norway to receive the Nobel Peace Prize.

He also traveled to America to issue the 1961 Appeal for Action against Apartheid with Dr. Martin Luther King Jr. and the American Committee on Africa. King once wrote to Luthuli, “I admire your great witness and your dedication to the cause of freedom and human dignity.” On July 21, 1967, Chief Luthuli allegedly was struck by a train and was killed.

Albert Luthuli was a South African anti-apartheid activist, Nobel Peace Prize winner and Zulu chief, taught at the elementary and college levels and was a preacher and board member of the Christian Council of South Africa and African National Congress president.

Albert John Luthuli stated in his 1960 Nobel Prize speech as the first black African awarded the prize, "Previous to being a chief I was a school teacher for about seventeen years. In these past thirty years or so, I have striven with tremendous zeal and patience to work for the progress and welfare of my people and for their harmonious relations with other sections of our multiracial society in the Union of South Africa. In this effort, I always pursued the path of moderation.

Over this great length of time I have, year after year, gladly spent hours of my time with such organizations as the church and its various agencies, such as the Christian Council of South Africa, the Joint Council of Europeans and Africans, and the now-defunct Native Representative Council."