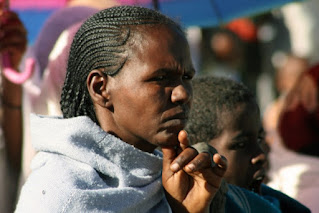 In 2016, of the estimated 6,000 new AIDS infections that occur globally each day, two out of three are in Africa below the Sahara desert with young women continuing to bear a disproportionate burden of the disease. Adolescent girls and young women aged 15-24 years have up to eight-fold higher rates of HIV infection compared to their male contemporaries.

At an estimated 26.9 percent, eSwatini has the highest HIV prevalence rate in the world, followed by Lesotho 25 percent, Botswana 21.9 percent, South Africa 18.9 percent and Namibia 13.8 percent.

Leaders in Africa have been funneling money into their national AIDS programs. Last year alone, South Africa invested over $2 billion from public sources for its national AIDS response.

Global trends in HIV infection demonstrate an overall increase in HIV prevalence and substantial declines in AIDS-related deaths largely attributable to the survival benefits of antiretroviral treatment.
Read about the Top 5 majestic African trees across the African continent