Better known as Vodun, Voodoo probably is not what you think it is since African Voodoo is not accurately portrayed in movies, on TV or in books with the walking dead or zombies raining down destruction. African Voodoo is a nature based community centered religion.

Benin is the center of voodoo worship in West Africa.

The walking dead? Zombies?  Animal sacrifice? What do you really know about Voodoo?

What are Voodoo Zombies or the Walking Dead? 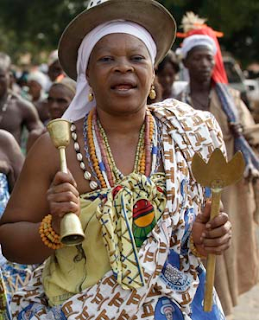 Zombies do not have to be dead. In African and Caribbean Voodoo cultures, zombies are more mindless servants than the walking dead. Zombies are people who do the mindless bidding of a person and are seemingly possessed by them. Zombies represent a slave to master relationship. However, the concept of the undead zombie has existed through time and across cultures, they reveal who fundamentally we fear we are, and they warn us about the collective choices we are making.

Humans have historically expressed their social anxieties through references to the dead. Humans focus on zombies because they represent the metaphysical struggle many humans have with the meaning of their own existence and the fear of death. Soulless stares and staggering walks are the typical zombie characteristics but can also explain the condition of the living. Zombies do not have to be dead.

What is Voodoo in African Religious Culture? Voodoo religion is often practiced alongside Christianity and Islam in West Africa. Voodoo better known as vodun probably is not what you think it is Voodoo is not accurately portrayed in movies, on TV or in books. Voodoo is not devil worship; people who practice Voodoo are not evil spell casting witch doctors.

Voodoo has no written word; it is a nature based community centered religion that supports and empowers. Voodoo is a religion originating in Africa and is practiced around the world by millions of voodoo practitioners or Voodooists. 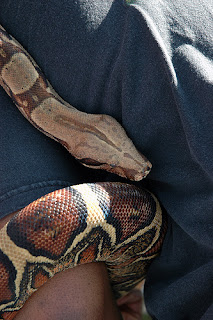 Voodoo is practiced differently in different parts of the world, and differs from village to village. Almost all Voodooists believe that there is a visible and an invisible world, and that these worlds are intertwined.

Death is a transition to the invisible world, so our predecessors are still with us in spirit. Just as there are differences within other faiths, there is great variation within Voodoo beliefs and practices.

Dangbénon's python voodoo temple an African voodoo priest states "Voodoo is not about using magic spells to curse your enemies," said Dangbénon, whose clan for generations oversee this temple dedicated to pythons. "If you choose to manipulate nature to harm your neighbor, it's not voodoo that harms your neighbor, it is you."

Benin Voodoo festival, about half the African country of Benin are followers of voodoo. Voodoo religion has tainted voodoo to the point where even the word makes you think of wickedness. Voodoo is as much a part of African heritage as Buddhism is to Asia. 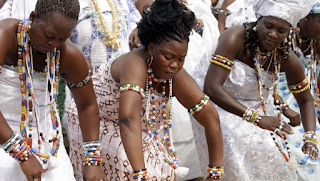 Did you know? In the 1990's, Benin's government overturned a decades long ban and recognized voodoo as a celebrated African cultural tradition promoting a national voodoo day, which is celebrated on January 10.