Rice Riots.
In 1979, dozens of protesters were killed and hundreds injured in rice riots following a proposed increase in the price of rice in Liberia. 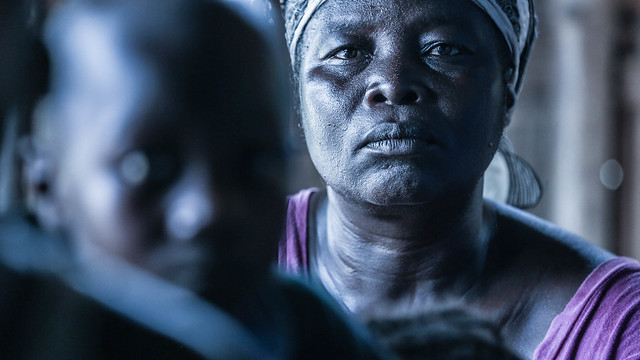 All About The Liberian Rice Riot of 1979

In Liberia, rice is a socially and politically important food crop.

Former President William Tolbert, without warning increased the price of a 100-pound bag of rice from $22 to$26- $30, an unheard of price increase considering most Liberians at the time lived on less than $1 US dollar per day.

The rationale for Florence Chenoweth, Tolbert's minister of agriculture was for rice farmers to increase the production of rice instead of relying on imported rice. The increase in the price of rice called into action Gabriel Baccus Matthews who formed an opposition group called the Progressive Alliance of Liberia (PAL) to the government of Tolbert.

Matthews and PAL called for a peaceful demonstration in Monrovia, and on April 14, 1979, to march on the Executive Mansion to protest the proposed price rise. However, soon there were nearly 15,000 people who joined the demonstration.

The rice riot turned into one of the largest riots Liberia ever experienced. In 12 hours of violence in the city's streets, ill-trained police officers killed nearly fifty protesters, while more than 500 people were injured.

Chenoweth was replaced as minister of agriculture after admitting publicly that she had erred in proposing the price rise. Tolbert politically flip-flopped and by radio, addressed Liberians reassuring the country the subsidized price of rice would be kept at or below $22 per 100 pounds.

The Ministry of Agriculture in Monrovia, Liberia in May 2012 proposed Liberia to meet a national goal of achieving self-sufficiency by doubling the local rice production by the year 2018. In May 2012, rice in Liberia was cultivated once a year keeping rice crop production very low.

Rice is eaten as breakfast, lunch, and dinner in most Liberian households. The current national annual demand for rice in Liberia is approximately 465,000 metric tons while production is estimated at 296,000 metric tons. In 2008, Liberia imported rice at a cost of over $200 million.

Despite Liberia having ideal climate conditions for rice growing, rice for human consumption accounts for over 80 percent of imports, while wheat and maize account for about 13 percent and 6 percent, respectively. There were projects in place in 2015 to have 550 households begin lowland rice production in Nimba, Grand Gedeh, River Gee and Maryland Counties in Liberia however due to Ebola and civil war disruptions, no data is available.

Liberia continues to host up to 64,450 refugees most of whom live in Nimba, Grand Gedeh, and Maryland Counties mainly along the borders but these refugees have no knowledge of rice planting. Like most people in Liberia, you learned to cultivate rice from previous generations of farmers.

Liberia is the second wettest country in Africa with Sierra Leone being the first and Equatorial Guinea third. Liberia receives 94 inches or 2,391mm of precipitation per year. The climate is tropical hot, humid; dry winters with hot days and cool to cold nights; wet, cloudy summers with frequent heavy showers. The wet moist climate is the reason for Liberia being one of the major rice growers in Africa.


Facing the Atlantic Ocean, the coastline is characterized by lagoons, mangrove swamps, and river-deposited sandbars; the inland grassy plateau supports limited agriculture. More than half of the population lives in urban areas, with approximately one-third living within 50 miles, 80 km radius of the capital, Monrovia.

Approximately 64 percent of Liberians live below the absolute poverty line. This means that the food security situation for refugees remaining in the country is already precarious. Access to education is limited. An estimated 80 percent of schools, health service structures, water wells, and sanitation facilities have been either destroyed or abandoned since 1998.

Before the outbreak of civil war, agriculture accounted for about 40 percent of GDP and Liberia had been a producer and exporter of basic products - primarily raw timber and rubber. In 2000, agriculture and forestry contributed over 90 percent of export earnings, mainly from rubber, timber, cocoa, and coffee.

Liberia can be divided into two kinds of river systems, the major basins, which drain 97 percent of the territory in a general northeast-southwest direction. Of these, the six major rivers, originating in Sierra Leone, Guinea or in Côte d’Ivoire, are the Mano, Lofa, Saint Paul, Saint John, Cestos and Cavalla, and together drain 65.5 percent of the country into the swamps of Liberia.


Liberia Lowland rice is rice grown on land that is flooded which is around 1/3 of Liberia’s swamplands. Liberia is one of the African countries with the highest amount of renewable water resources per inhabitant. The main irrigated crop is rice. It is grown in the swamps in addition to the upland rice. Shifting cultivation in the uplands is still the main technique: the secondary forest is cleared and burned, and upland rice is cropped during one or two years combined with different food crops such as cassava, common groundnuts or vegetables.

"In using more of our lowlands, not only will we get higher yields, we will also minimize deforestation and soil erosion," said J. Qwelibo Subah, Director-General of Liberia's Central Agricultural Research Institute, underlining the environmental benefit of his government's plan.

"In the swamps, you can grow two, three crops of rice per year, compared to just one per year on upland slopes," said Sheku Kamara, FAO Agricultural Engineer. "With upland rice, instead, you have to move to another area after each harvest. Then you slash and burn to clear brush and trees. Then you move to another area, and you repeat that" Kamara explained.


Rice riots were riots where Liberians in Africa became rioted against the Liberian government. Facts about African Liberian rice riots of 1919.

The rice riot turned into one of the largest riots Liberia ever experienced. 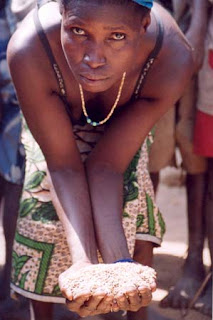 What do Waist Beads Symbolize in Africa?

About African Healers and Witchdoctors