About The Northern Most Region of the African Continent

The Maghreb region Morocco, Algeria, and Tunisia share the Atlas Mountain range which extends more than 1,200 miles or 2,000 kilometers, from the Moroccan port of Agadir in the southwest, through Algeria to the Tunisian capital of Tunis in the northeast.

The highest point of the Atlas Mountain is Jbel Toubkal south of Marrakech, Morocco reaching 13,665 feet or 4,165 meters and is the highest peak in the High Atlas as well as in North Africa. The Atlas ranges dominate the landscapes of Morocco, Algeria, and Tunisia, differentiating them from the other North African countries, where desert geography dominates the Northern African landscapes. 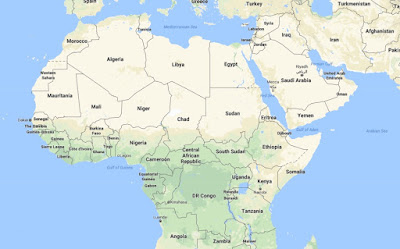 Learn About The Maghreb region Morocco, Algeria, and Tunisia.

The English name Morocco derives from the Spanish and Portuguese names Marruecos and Marrocos, which stem from Marrakesh the Latin name for the former capital of ancient Morocco; the Arabic name Al Maghrib translates as The West. Marrakesh was the former capital of ancient Morocco while Rabat is the current capital city of Morocco and its second largest city. Casablanca in Arabic Al-Dār al-Bayḍā is Morocco's largest city; Casablanca houses 3.5 million people; Rabat 1.9 million; Fes 1.2 million; Marrakech 1.1 million; Tangier 982,000. Morocco is the only African nation to have both Atlantic and Mediterranean coastlines.

The largest country in Africa, Algeria is located in Northern Africa, bordering the Mediterranean Sea, between Morocco and Tunisia. The vast majority of the populace is found in the extreme northern part of the country along the Mediterranean Coast. The capital is Algiers, which has a population of 2.7 million the next largest urban area is Oran 858,000 people. Algeria name derives from the capital city of Algiers whose conventional long form name is the People's Democratic Republic of Algeria, the conventional short form is Algeria, the local long form is Al Jumhuriyah al Jaza'iriyah ad Dimuqratiyah ash Sha'biyah and the local short form is Al Jaza'ir.

In Tunisia, the overwhelming majority of the population is located in the northern half of the country; the south remains largely sparsely populated. Tunisia, in 1960 began Africa’s first national family planning program reducing its total fertility rate from about seven children per woman in 1960 to two in 2017. Tunisia flag is red with a white disk in the center bearing a red crescent nearly encircling a red five-pointed star; red represents the blood shed by martyrs in the struggle against oppression, white stands for peace; the crescent and star are traditional symbols of Islam.

Morocco, Algeria, and Tunisia Learn All About The Northern Most Region of the African Continent
Facts about Africa and North African people.