Violence has tarnished elections in Kenya with 2007 Post-Election Violence being the bloodiest on record to date. 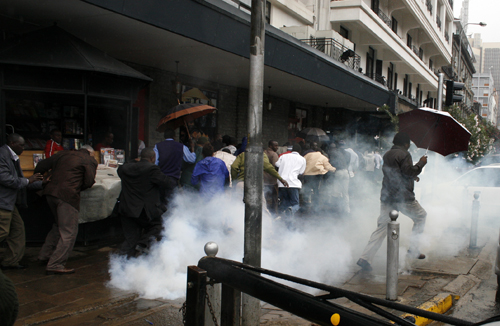 Kenya's presidential elections have been marked with some type of violence and protests, and the 2007 vote was best known for murder and mayhem along ethnic lines.

Violence has tarnished elections in Kenya with 2007 Post-Election Violence being the bloodiest on record. 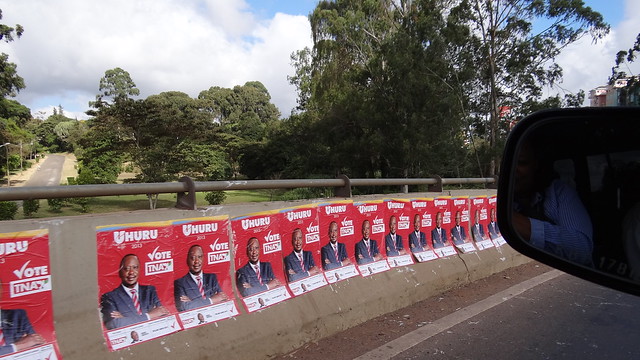 On February 28, 2008, after six weeks of intense negotiations between the opposition Orange Democratic Movement (ODM) and the Government of Kenya’s Party of National Unity (GoK/PNU), Kofi Annan, said farewell to Kenya a few days later on March 3rd. But this was only the beginning of an even longer and more difficult road ahead toward sustainable peace in Kenya.

The technical elements were left in the hands of Attorney-General Amos Wako and a team of lawyers whose job it was to draft the necessary bills for the implementation of the power-sharing agreement into law.

The peace mediation continued over the root causes of the crisis left in the hands of Nigerian Foreign Minister Oluyemi Adeniji, who was tasked with addressing the land issue, historical injustices, the cycles of dispossession, and the steps needed to move toward reconciliation. 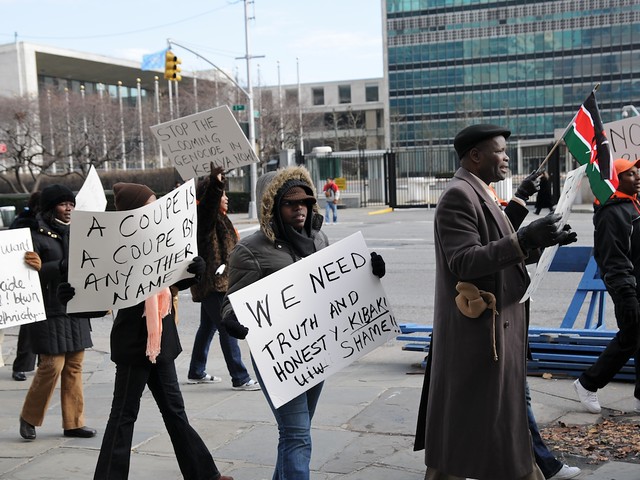 The Agreement on the Principles of Partnership of the Coalition Government, was signed by President Mwai Kibaki and the Honorable Raila Odinga on February 28th, putting an end to the crisis.

The Agreement on the Principles of Partnership of the Coalition Government agreement is built on the principles of power sharing. Parties agreed to enact the 2008 National Accord and Reconciliation Act, specifying principles concerning the authority of the prime minister, coalition members, cabinet, and parliament.

The chief mediator Kofi Annan, stated "a crisis presents us with both danger and opportunity. On the one hand, the danger was that this East African nation, previously perceived as an island of political and economic stability and an essential hub for international activity, would allow the election crisis of 2007 to deteriorate into a catastrophic civil war along ethnic lines.

As messages of hate penetrated the radio waves and a church full of fleeing women and children went up in flames, the echoes of Rwanda and Côte d'Ivoire made this danger a very real one.

The opportunity, on the other hand, was that the crisis could be used to actually address deeply rooted problems: the simmering grievances, repeated ethnic migrations, and the cycles of dispossession which have characterized Kenya’s colonial and postcolonial years.

This was indeed an opportunity to create a political system which could attempt to address the vast disparities in wealth and the endemic sense of marginalization."