Lesotho military coups, since 1991, the African kingdom of Lesotho has been in political crisis withstanding seven military coups. 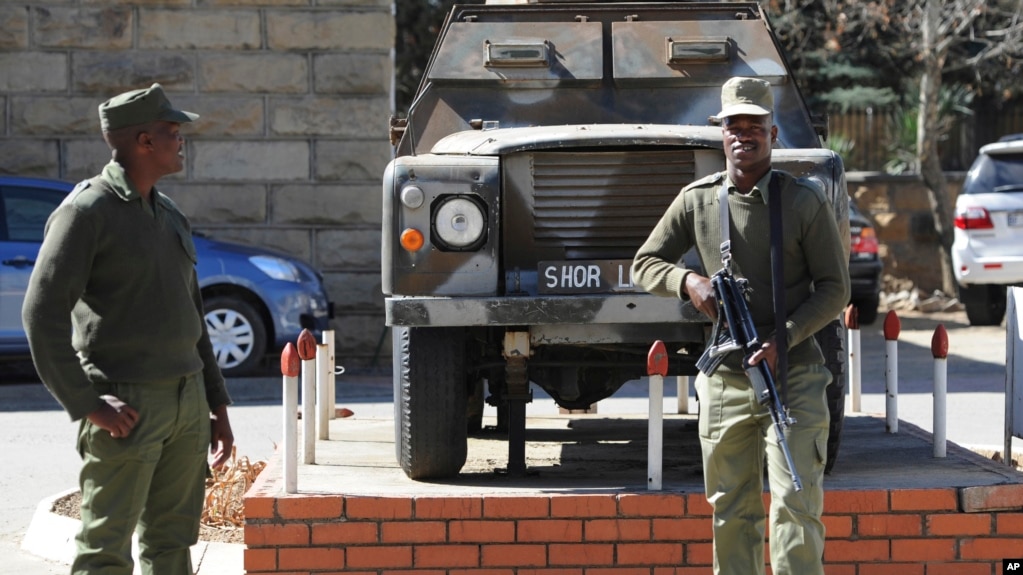 
Military coups in Lesotho History.
January 15, 1986, General Justin Lekhanya, the Head of the Lesotho Army, ousted Lesotho Prime Minister Chief Leabua Jonathan in a military coup. Jonathan had been prime minister since 1966 and gained executive political control over Lesotho when the king's power was limited in 1970. Sixty members of the African National Congress (ANC) were deported from Lesotho to Zambia after the coup.

February 1990, a power struggle had developed between Lekhanya and King Moshoeshoe II and the king was forced to go into exile in the United Kingdom.

In April 1991, Lekhanya was removed from power in a military coup led by Colonel Elias Tutsoane Ramaema. Ramaema announced a schedule for Lesotho's return to democracy. All political parties were soon allowed to operate in the country and Moshoeshoe returned from exile in July 1992, though not as monarch, but as a tribal chief. Democracy was restored in 1993.

After weeks of unrest caused by allegations of fraud during general elections in May 1998, violent protests and a military mutiny following a contentious election prompted South African soldiers to operate on a shoot-to-kill policy to suppress continuing violent protests. South African President Nelson Mandela publicly endorsed the military intervention in Lesotho, saying it had been essential to end "chaos and anarchy".

An attempted military coup took place September 2013, Prime Minister Thomas Thabane said in an interview "In my political life, it was not the first time that I saw this kind of activity by the Lesotho army," Thabane said. A lot of effort has been made to reform the military and to "make it a normal army that is subject to the civilian authority." The Prime Minister said that since the Lesotho military was looking for him, he decided "to get out of the way," and fled to an unknown location.

Mosisili returned to power in February 2015 after the collapse of Thabane’s coalition government and an alleged attempted military coup.

On September 5, 2017, the head of Lesotho's army, Lt Gen Khoantle Motso-Motso, and two other senior officers were killed in a shootout at a barracks in the capital, Maseru when soldiers who were fired by Motso-Motso attempted to forcefully enter his office.

These were the words of Deputy Prime Minister, Mr. Monyane Moleleki when describing the death of Commander, Lieutenant General Khoantle Motso-Motso,“Lesotho's flag has fallen as its bearer hits the ground with his knees, succumbing to his death, a betrayal by those closest to him, and the nation coming before God with bowed heads and heavy hearts.”

Mr. Moleleki said he wished for Motso-Motso death to be Lesotho's peace sacrifice but admitted that it looks like the Commander's death was planned well ahead of time, calling for all to accept that what is done is done. The Late Lieutenant General, Motso-Motso will be buried on Thursday at Ha Lesaoana in the Butha-Buthe district.


Did you know?
Military coup or coup d'état in French is when a group of people seize power in a country.