Talent is everywhere, opportunity is not. Should politics and sports be separate issues? 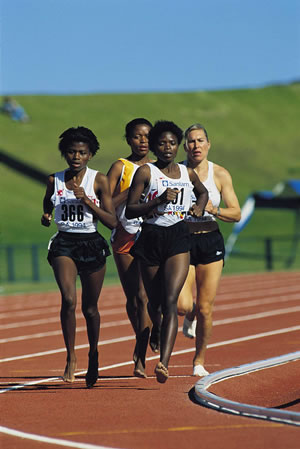 One of the great things about sports was the way they brought together athletes of different backgrounds.

Four-time Olympic gold-medal-winning runner Mo Farah has criticized the U.S. immigration policy. Farah is a British citizen who was born in Somalia, one of seven predominantly Muslim nations subject to the executive order that bared entry to the United States.

He also won the 5,000-meter gold at the 2011 world championships and was recently given a knighthood by Queen Elizabeth II. "On 1st January this year, Her Majesty The Queen made me a Knight of the Realm. On 27th January, President Donald Trump seems to have made me an alien," Farah stated. 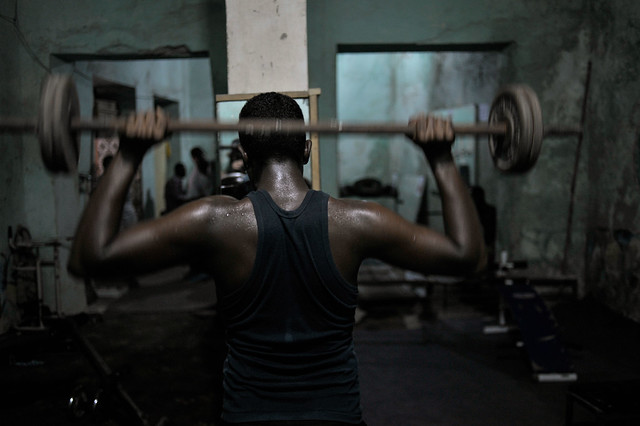 When Trump signed a revised version of his immigration order, USA Weightlifting’s CEO Phil Andrews released a statement in response:

“Sport is universal in its ability to unite the world under the banners of peace and inclusion. The global Weightlifting community is tight-knit and we, as a community, celebrate our ability to meet and compete with athletes from around the globe. USA Weightlifting maintains our position that politics and sport be separate. We continue to work with our partners at the United States Olympic Committee to determine what impact this action may have beyond the initial 90-day travel restriction. As hosts of the 2017 International Weightlifting Federation World Championships, the United States hopes to welcome athletes from around the world–including those from the six countries mentioned in today’s U.S. Government action.”

U.S. Olympic Committee spokesman Patrick Sandusky said in a statement that the USOC is "working closely with the administration to understand the new rules and how we best navigate them as it pertains to visiting athletes and officials. We know the administration is supportive of the Olympic Movement, and our bid, and believe we will have a good working relationship with them to ensure our success in hosting and attending events."
Foreign-born athletes play an important role in professional sports in America.

Foreign-born players make up 3% of players in the NFL, 23% in the NBA, 29% in MLB and 72% in the NHL. At the Olympics, the US team had immigrant and foreign athletes competing for gold. Sports are a fundamental part of American society and culture. With enormous popularity, they serve as a vehicle that unites the country to transmit values such as justice, effort, dedication and teamwork.

Many athletes travel to the USA on non-immigrant visas, such as P and O visas, which can be used to live and carry out their activities in the country for a specified period of time, always tied to an employer or sponsor in the United States. James Naismith, born in Canada invented basketball in 1891 after taking a job at a YMCA in Springfield, Massachusetts.

Below are 10 famous foreign-born sport players:

2. Manny Pacquiao a boxing legend was born in the Philippines.

8. Tennis icon Martina Navratilova was born in Czechoslovakia but was stripped of her citizenship in 1975.


10. Born in England is the global icon David Beckham.

According to a 2019 survey by the Migration Policy Institute, the states of Louisiana and California are the ones that offer the most opportunities for professional foreign athletes, either through scholarships for university students or to work on professional teams in these regions. These states are followed by Georgia, Alabama and Texas.

What are P and O visas?

O-1 VISA Athletes nationally or even internationally recognized for their sporting achievements may be eligible for a non-immigrant O-1 visa. This visa has an initial limit of 3 years and can be renewed for another 1 year. Professionals who are part of the athlete’s team to assist in a specific event or performance may qualify for an O-2 visa, while the athlete’s spouses and children can apply for the O-3 visa to also remain in the USA for a specified time.

P-1 VISA Athletes or sports teams who wish to temporarily enter the United States to play in an American professional competition can apply for a P-1 visa. To qualify for a P-1 visa, an athlete must show that he is internationally recognized and is coming to the USA to participate in a league or event with a distinct reputation. The P-1 visa allows extended stays in the USA for up to five years renewable for a second period of 5 years.