Deadly Female Insects.
Just how deadly is the deadliest insect in the world? Of all disease-transmitting insects, the mosquito is the greatest menace, spreading malaria, dengue and yellow fever, which together are responsible for several million deaths and hundreds of millions of cases every year. 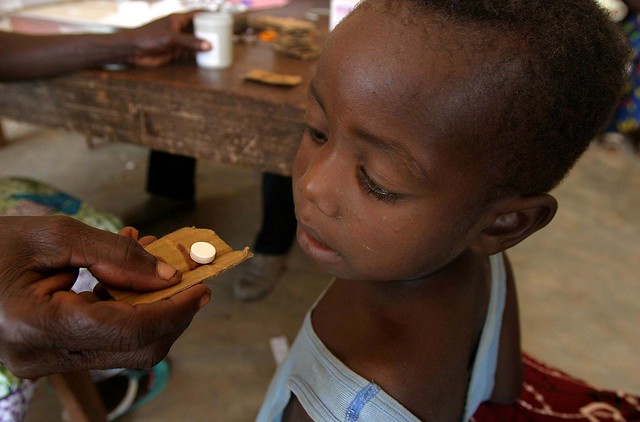 The female Aedes aegypti mosquito is one of the deadliest animals in the world causing major diseases such as the West Nile Virus, Malaria, Yellow Fever, Chikungunya, Zika and Dengue.


Despite the emergence of some 29 new diseases in the last 20 years, there is still a lack of national and international political will and resources to develop and support the systems necessary to detect them and stop their spread. Without doubt, diseases as yet unknown but with the potential to be the malaria of tomorrow, lurk in the shadows.


Deadly female insects in Africa.
Mosquitoes are one of the deadliest animals in the world. The Aedes aegypti or Aedes mosquito is jet black, with white spots on the upper torso and white rings on their legs. Aedes ability to carry and spread disease to humans causes millions of deaths every year. Aedes can breed in a teaspoon of water, and their eggs have been found in old tires, tin cans, plastic bottles, cesspools, catch basins, and ponds.

The virus eventually gets into the mosquito's salivary glands. During later blood meals (when mosquitoes bite), the virus may be injected into humans and animals, where it can multiply and possibly cause illness. Infection with WNV is either asymptomatic (no symptoms) in around 80% of infected people, or can lead to West Nile fever or severe West Nile disease. Vaccines are available for use in horses but not yet available for people. About 20% of people who become infected with WNV will develop West Nile fever.

Symptoms include fever, headache, tiredness, and body aches, nausea, vomiting, occasionally with a skin rash (on the trunk of the body) and swollen lymph glands. The symptoms of severe disease (also called neuroinvasive disease, such as West Nile encephalitis or meningitis or West Nile poliomyelitis) include headache, high fever, neck stiffness, stupor, disorientation, coma, tremors, convulsions, muscle weakness, and paralysis. It is estimated that approximately 1 in 150 persons infected with the West Nile virus will develop a more severe form of disease.

Malaria is the third leading cause of death in Africa.

Most malaria cases and deaths occur in sub-Saharan Africa, malaria is a life-threatening disease caused by parasites that are transmitted to people through the bites of infected female Anopheles mosquitoes. Some 13 countries in Africa account for 76% of malaria cases and 75% deaths globally. The people of sub-Saharan Africa can live in remote areas where access to healthcare is challenging due to lack of transportation, natural and physical barriers, and poverty.

Deeply-rutted mountainous dirt roads, thick with dust in the dry season and treacherously slippery in the half-yearly rainy season are difficult to navigate not only for people traveling by foot but also for taxis, bicycles, and mopeds with passengers perched precariously on the backs. In areas with high transmission of malaria, children under 5 are particularly susceptible to infection, illness and death; more than 70% of all malaria deaths occur in this age group. Between 2010 and 2015, the under-5 malaria death rate fell by 29% globally. However, malaria remains a major killer of children under five years old, taking the life of a child every two minutes.

Yellow Fever.
Yellow fever is endemic in Angola and the Democratic Republic of the Congo in 2016, the first outbreak in 28 years. The last outbreak in the country occurred in 1988 with 37 cases and 14 deaths. Currently, with the blessing of The World Health Organization, most people in the infected areas receive ¼ of the yellow fever vaccine due to a worldwide shortage.
A single dose of yellow fever vaccine provides long-lasting protection and a booster dose of the vaccine is not needed however, ¼ dose of the vaccine provides protection for around 1 year. With yellow fever, after 3-6 days symptoms include fever, muscle pains, backache, headache, shivers, loss of appetite, nausea or vomiting. Roughly 15% of patients enter a second, more toxic phase within 24 hours.
Symptoms of this phase may include high fever, jaundice, and abdominal pain with vomiting.
Bleeding can occur from the mouth, nose, eyes or stomach and blood appears in the vomit and feces, and kidney function may deteriorate. Half of the patients who enter the toxic phase die within 10-14 days, the rest recover without significant organ damage. The "yellow" in the name refers to the jaundice that affects some patients. The last yellow fever outbreak in Nigeria occurred 14 years ago, but it took 10 years to control the transmission of the virus in the population.
Chikungunya.
Chikungunya is a viral disease transmitted to humans by infected mosquitoes. It causes fever and severe joint pain, muscle pain, headache, nausea, fatigue and rash. Joint pain is often debilitating. Most patients recover fully, but in some cases joint pain may persist. Serious complications are not common, but in older people, the disease can lead to arthritic pains of longer duration and may cause death.

Zika.
Zika symptoms are usually mild and can include mild fever, skin rash, inflammation of the eyes, muscle and joint pain, melancholy and headache. Zika infection during pregnancy causes microcephaly, babies born with small heads, and other fetal brain malformations. Zika is also a cause of Guillain-Barré Syndrome - a neurological condition that can lead to paralysis and death. Zika virus was first identified in Uganda in 1947 in monkeys through a network that monitored yellow fever. It was later identified in humans in 1952 in Uganda and the United Republic of Tanzania. Outbreaks of Zika virus disease have been recorded in Africa, the Americas, Asia and the Pacific.
Dengue.
Dengue is endemic in more than 128 countries, with 3.9 billion people at risk. About half of the world's population is now at risk. Flu-like symptoms occur 4-10 days after the bite of an infected mosquito; high fever accompanied by severe headache, pain behind the eyes, muscle and joint pains, nausea, vomiting, swollen glands or rash. The disease can develop into severe dengue which is a leading cause of serious illness and death among children in some Asian and South American countries.

Did you know?
OX513A, the genetically engineered mosquito was first released into the world's population in 2010 and was celebrated as the answer to eliminating the Aedes mosquito.