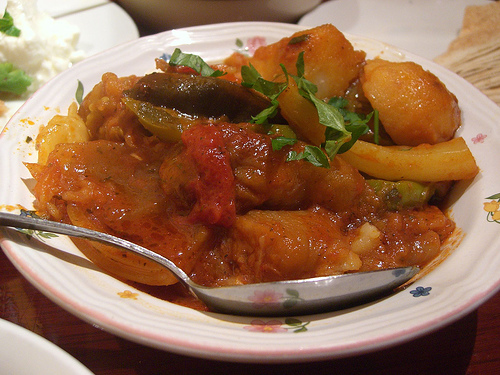 
Mix well in an airtight container and store in a cool dry place, do not refrigerate.

Directions for cassava stew
Cut off both ends of the unpeeled bananas and place in boiling salted water for 20 minutes. Remove the bananas and discard skins and drain water from the pot. Add lemon juice to water and add remaining ingredients to a large pot. Simmer for 15 minutes or until bananas and cassava are tender. Serve with fufu.