Black South Africans were not allowed to live but only to work in the all white South African town of Queenstown and if you were lucky, you would not be murdered by a serial killer hired by the town to protect white life and white property. 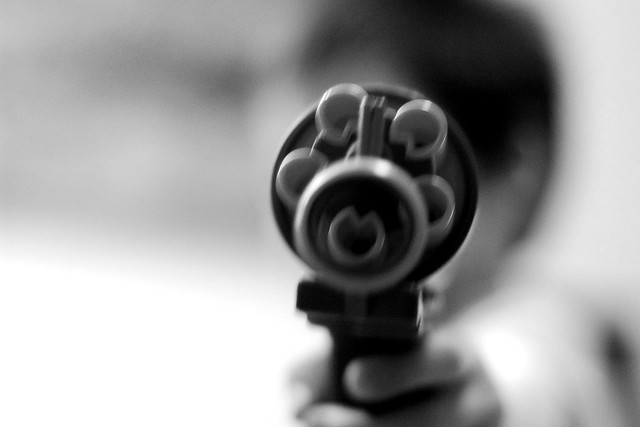 
Apartheid; blacks do not want equality, they want to be on top and that is unacceptable.

Queenstown is a town in Eastern Cape Province, South Africa. The town lies in an upper valley of the Great Kei River. It has a distinctive hexagonal shape, designed by its founder, Sir George Cathcart, as a precaution against attack. Queenstown was founded in 1853 intended to be a military outpost designed to protect the British subjects from attack during the time of the Frontier wars. The town was laid out around a central hexagon, which was to be the lager to which the citizens would flee in time of trouble.

Ezibeleni is the largest township in the Queenstown area. Its original name was Queensdale, named after Queenstown. Ezibeleni was a town established near Queenstown in the 1960s, the majority of the Black population was moved east to the township of Ezibeleni, as part of the removal of Africans to Bantustans, or homelands.

Ezibeleni was officially recognized in 1974, when as a part of Apartheid, black South Africans were not allowed to live, but only to work, in the white-dominated Queenstown. In order to pursue the policy of separate development, the apartheid-era government of the time dictated that, due to its location on the map and the predominant Xhosa ethnicity of its people, Ezibeleni would belong to Transkei, one of ten fragmented Bantustans, or homelands, scattered across South Africa. It was incorporated into Queenstown after 1984.

Queenstown resident Louis van Schoor is an Apartheid killer cop and hired to protect white-owned businesses in the 1980s, he is thought to have shot 101 people, killing 39, in a three-year killing spree of black Africans. It is believed some were burglars; others were passers-by dragged in from the street. All were black or colored, the term for those of mixed race.


Van Schoor’s Apartheid killer rampage was made possible by a white establishment that remained silent as his black victims piled up, many of them impoverished children such as Liefie Peters, 13, gunned down while hiding in the toilet. In 2004, van Schoor was released on parole after serving 12 years of his 20-year sentence in the East London, South African prison.

Apartheid in South Africa caused the lives of millions of black Africans to turn upside down inside out and they were subjected to unspeakable hardships. White Africans privileged by their white skins could lead comfortable lives by ignoring what was happening around them. The layer of unawareness was most noticeable in rural Afrikaans towns.

Van Schoor said, "I was doing my job - I was paid to protect property. Van Schoor was convicted of seven murders and two attempted murders. Upon his release in 2004, Van Schoor said he had found God and, when prompted, expressed sorrow to his victims' relatives. "I never apologized for what I did. I apologized for any hurt or pain that I caused through my actions during the course of my work."
On October 15, 2002, Van Schoor 23-year-old daughter, Sabrina Van Schoor began her own 25 year prison sentence for hiring a hitman Feza Mdutshane, to murder her mother, Beverly.

Until October 29, 2004, when her father was released from prison, they were serving time together in the coed Fort Glamorgan prison in East London South Africa. South Africa's worst mass murderer of black Africans Louis van Schoor, after his release attempted to gain custody his only grandchild, a mixed race baby conceived by Sabrina and a colored man.

The assassination attempts had twice failed on her mother until Van Schoor herself had stepped in and taken the assassin in her car to the home she shared with her mother. She had let him in, fetched her baby girl from her mother's bedroom and directed the assassin to "do his dirty business".