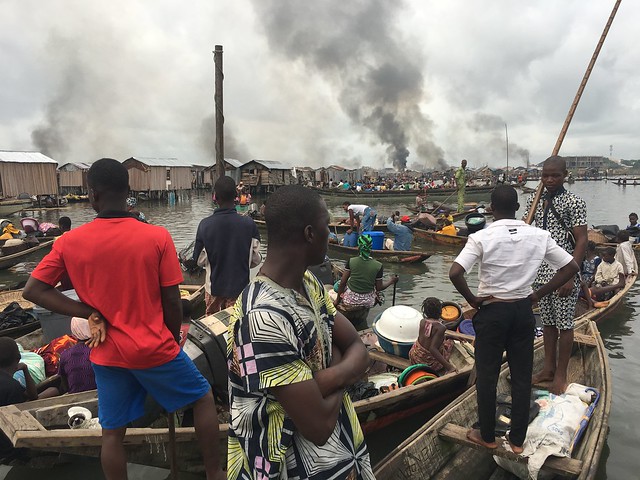 
Otodo Gbame evictees were suffering fire on the water in wooden boats on the Lagos Lagoon fleeing from tear gas and bullets.

No Squatters Rights on Nigerian Waterfront Property. Otodo Gbame quatters claim rights over the spaces they have squatted by virtue of occupation and ancestral rights, rather than paper legal ownership.

Officials of the Lagos Task Force made up of Lagos State agencies, forcibly evicted Otodo Gbame squatters on November 9 and 10, 2016, where more than 30,000 residents were forcibly evicted. The task force used fire and bulldozers to demolish the houses on the waterfront slum on the Lagos lagoon.

According to the Justice and Empowerment Initiatives (JEI), a Lagos-based group working with the community, the 2nd forceful eviction followed the destruction of the homes of more than 4,700 squatters in the settlement in March 2017 for environmental and health reasons, according to local authorities.

Lagos state Ministry of Justice website states, “The respondents [Otodo Gbame residents] have constructed illegal shanties and structures without the requisite building permit/approval and the rights under the Constitution does not permit breach of a law or exempt anybody whosoever from building without first obtaining requisite approval. The respondents are squatters and deliberately failed to put the issue of title in contention.”

Again, on April 9, 2017 the Lagos State Task Force invaded Otodo Gbame at around 5:30 am shooting tear gas and bullets in the air to chase the remaining squatters out. JEI co-director Andrew Maki, who arrived at the community shortly after the demolitions, began, with three Task Force named Black Maria or mobile detention units, around 50 officers and 10 police vehicles invaded Otodo Gbame. He told Al Jazeera that the Lagos State Task Force officer in charge at the site told him and residents that police were there on the orders of the governor. 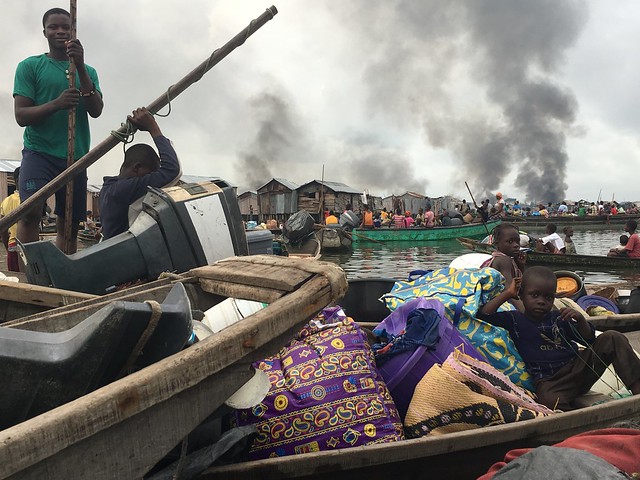 Witness to the eviction says with the main land entrance to the community blocked off by the Task Force, the squatters were forced into the Lagos Lagoon. Any attempt to approach the community or nearby land, resulted in a volley of tear gas and gunshot from the Task Force.

The Task Force methodically doused houses with kerosene and lit them on fire. Task Force then entered into canoes and began pursuing the Otodo Gbame squatters on water, shooting bullets and tear gas in the air. At least two young men were shot, one in the neck who soon thereafter died, and one in the chest who the community rushed to the local Hospital.

Officials call waterfront settlement's demolition a security measure, while rights groups denounce it as a land grab. On June 21, 2017, in a landmark judgment, a Lagos High court judge ruled that the government’s eviction of Otodo Gbame residents and demolition of their homes over the past few months is unconstitutional as there were no plans for resettlement or compensation.

The court also ordered the Lagos state government to consult with and resettle displaced residents and barred further evictions without adequate notice and resettlement. For its part, the state government had initially denied involvement in the demolitions, instead attributing it to a fire and then later defended its actions as a security measure in public interests. 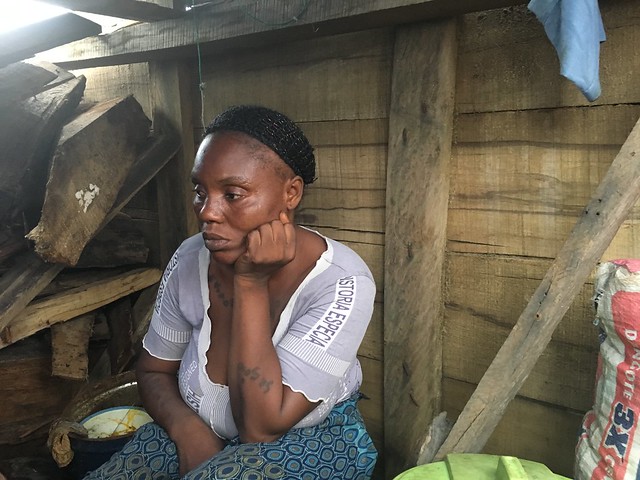 Lagos state Ministry of Justice website states, “The State Government, in a Notice of Appeal dated June 22, 2017, filed before the Lagos division of Appeal Court, Lagos State Ministry of Justice, said Justice Onigbanjo erred in law when he held that the demolition was illegal when in fact there was no demolition carried out in Otodo Gbame prior to the institution of the suit… there was a fire outbreak in Otodo Gbame caused by violent clash between two rival cult groups, and that the fire engulfed and destroyed the entire community with no residents and property remaining, as the destroyed shanties were built with corrugated iron sheets, woods and bamboos."

While parties were still at Lagos MultiDoor Courthouse for mediation, the government said the residents of Otodo Gbame used the period to rebuild the illegal structures contrary to court order, adding that it was the action that prompted it to carry out the demolition in line with orders for maintenance of status quo.

The government thus argued that: “The declaration of the lower court that the demolition of March 17, 2017 is illegal and unconstitutional is misplaced and one-sided without considering the violation of the same order of court by the respondents. The demolition was to return both parties to status qou.”