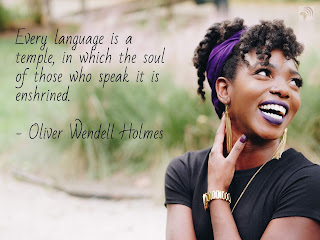 There are thousands of languages spoken in Africa; over 2,000 in fact.

Below is a list of African countries and their languages compiled by the World Factbook. Every language is a temple, in which the soul of those who speak it is enshrined. - Oliver Wendell Holmes

French (official), Fon and Yoruba (most common vernaculars in south), tribal languages (at least six major ones in north)

Congo, Democratic Republic of the

Congo, Republic of the

French (official), Lingala and Monokutuba (lingua franca trade languages), many local languages and dialects (of which Kikongo is the most widespread)

French (official), 60 native dialects of which Dioula is the most widely spoken

French (official), Each ethnic group has its own language

English 20% (official), some 20 ethnic group languages few of which can be written or used in correspondence

English (official, regular use limited to literate minority), Mende (principal vernacular in the south), Temne (principal vernacular in the north), Krio (English-based Creole, spoken by the descendants of freed Jamaican slaves who were settled in the Freetown area, a lingua franca and a first language for 10% of the population but understood by 95%)

Arabic (official, one of the languages of commerce), French (commerce), Berber (Tamazight)

Did you know?
Click languages are a group of languages found only in Africa in which clicks function as normal consonants. In all click languages, clicks form only a portion, though sometimes the main portion of the total number of consonants of the language. Clicks are used extensively in the vocabulary of Khoisan languages, and they are the initial sounds in approximately 70 percent of the words.