Culture and food of Africa would not be complete without including the iconic African street food recipe of Lokma Fried Sweet Dough. Lokma is a fried sweet dough that is covered in syrup. Served as a dessert, lokma is a popular coffee accompaniment. 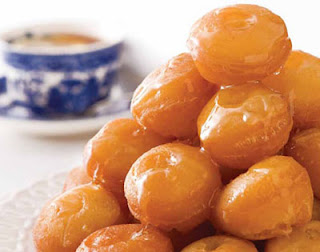 Every region of Africa makes some form of fried sweet dough pastries.

Preheat vegetable oil. In a measuring cup, add yeast and sugar to warm water. Stir until dissolved. Allow to sit for 5-10 minutes. In a medium bowl, combine flour and salt. Add yeast water and stir with an oiled wooden spoon until a dough-like consistency form. Cover and place in a warm area and allow to rise for 1 1/2 hours, or until doubled. Spoon dough by the tablespoon into vegetable oil and allow to cook for about 2 minutes each side, until each side is a golden brown color. Repeat with remaining dough. Drain on paper towels.


For the syrup
About 20 minutes prior to frying the dough, make the syrup. Mix all ingredients in a saucepan until sugar is dissolved on medium heat. Bring to a boil, then allow to simmer on low for about 10-15 minutes, until it becomes a syrup consistency. Do not stir frequently because the sugar will make the syrup cloudy. Drizzle syrup over the fried dough and serve immediately.

[Read Next: Learn how to make the popular African street food samosa at home] 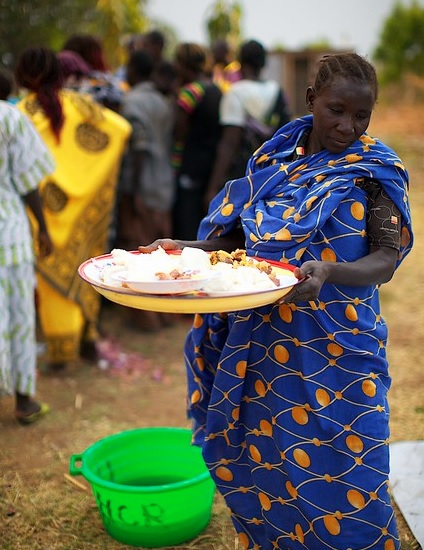