Whether you are a full pledge vegetarian or just taking baby steps Ruzz bi-l-khudar is the meal for you. This Egyptian vegetable and rice meal makes good use of its ingredients since Egypt’s fertile Nile Valley and surrounding areas farmers produce the crops. 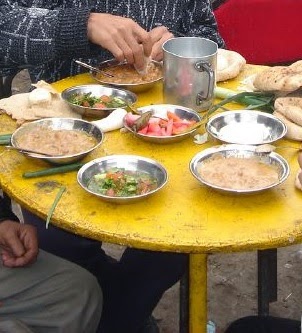