Maasai tribes feel that their society has been given less thought and respect than that of wild animals. Cattle and children are an important aspect to the Maasai people. 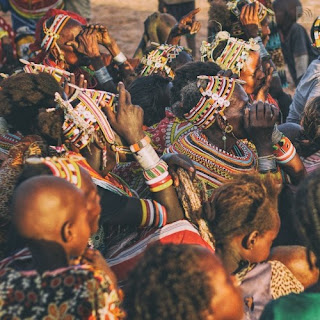 The Maasai people of East Africa live in southern Kenya and northern Tanzania along the Great Rift Valley on semi-arid and arid lands. Maasai own large herds of cattle, sheep, and goats which they follow around seasonally in search of new grazing grounds and water sources. Traditionally Maasai tribes have been an independent tribe.

Cattle and children are an important aspect to the Maasai people. Cattle play a central role in the life of the Maasai. Cattle represent food and power; the more cattle a Maasai has, the richer he is and therefore the more power and influence he will have within his tribe.

Individual, families, and clans established close ties through giving or exchange of cattle. While the Maasai traditions have undergone some changes in the past few decades, their strong social traditions remain intact.

Here's a quote from the Maasai Association; "When a lion attacks a cow, the authorities from wildlife and conservationist organizations would bury their heads under the sand. When a Maasai warrior kills a lion because of killing his cow, the authorities would ferry security personnel to arrest the warrior. In other words, it is acceptable for a lion to kill a cow but not acceptable for a warrior to kill a lion. Lions are more important than the Maasai cows."

The Maasai live in Kraals arranged in a circular fashion. The fence around the kraal is made of acacia thorns, which prevent lions from attacking the cattle. It is a man's responsibility to fence the kraal.
The Inkajijik which is the Maasai word for a house, are loaf-shaped and made of mud, sticks, grass, cow dung and cow's urine. While women construct houses. Traditionally, kraals are shared by an extended family.

The Maasai are a semi-nomadic people, fierce protectors their tribe, their cattle, and their grazing lands. The Maasai struggle to keep their traditional way of life; it is the wildlife parks that present the biggest problem to the Maasai.

The largest tracts of land that have been taken and protected for the wildlife has been taken from the Maasai's traditional grazing lands. The Maasai feel that their society has been given less thought and respect than that of wild animals. 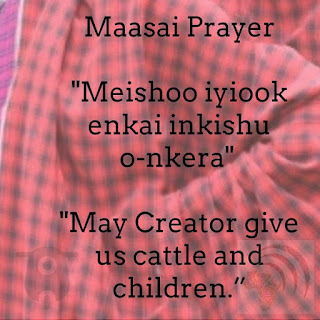