African and Southern American cooking are uniquely tied by food, culture and history.

The culture of African and Southern American cooking are also similar in the manner in which recipes are passed down from generation to generation. 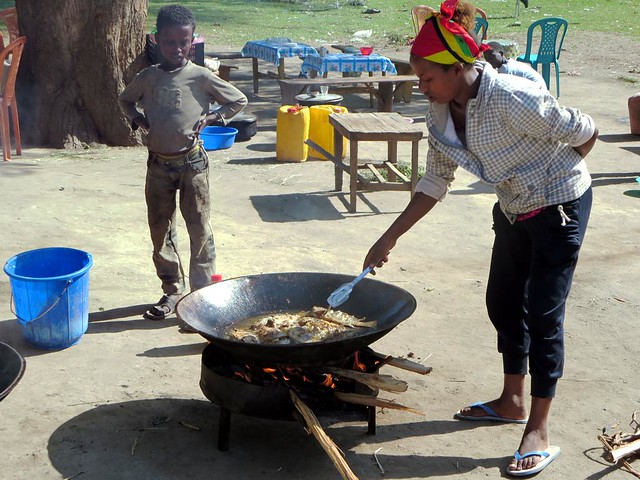 Slaves from Africa in the South represented about 33 percent of the total southern population. 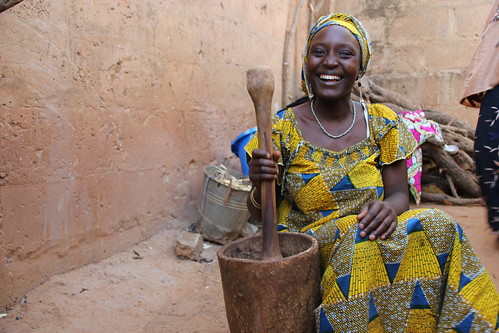 The population of the Southern United States is made up of many different people from the African continent. In 1619, the Dutch introduced the first 20 captured Africans to America by way of Jamestown Virginia.

In the 17th and 18th centuries, black slaves worked mainly on the tobacco, rice and indigo plantations of the Southern coast. Between 1774 and 1804, the northern states abolished slavery, but the so-called peculiar institution remained vital to the South.

Slaves in the South represented about 1/3 of the total southern population. The vast majority of slaves labored in the fields, while a select few worked in the big house. One vegetable plant cooked in the big house stands out from the rest as being quintessentially African and Southern, the mighty okra plant.

From Ethiopia to West Africa to West Virginia to Texas, okra is an essential cooking ingredient. Okra was cultivated in Egypt for many hundreds of years; one of the earliest accounts of okra is by the Spanish in Egypt in 1216. Hibiscus esculentus or okra is of African origin originating from Ethiopia.

Okra grows wild along the White Nile and the upper Nile country as well as in Ethiopia. As most Africans and Southerners know, okra is rarely cooked alone except when fried. Cooking methods such as stewing and barbequing may stem from African cooking traditions.

The culture of African and Southern American cooking are also similar in the manner in which recipes are passed down from generation to generation. Just as it is in Southern cooking, cooking in African culture is an oral tradition and traditional recipes are handed down by word of mouth rather than writing a recipe. African and Southern American cooking are uniquely tied by food, culture and history.

Did you know? Frying is not ingenious to African cooking, Native Americans taught frying techniques to the Lewis and Clark Expedition of 1804-1806. 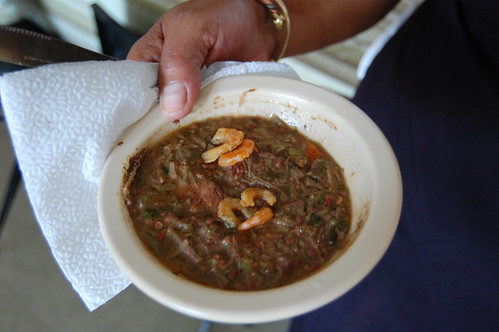