Many everyday items are produced by child labor in Africa such as clothes, soccer balls, carpets, coffee and chocolate. 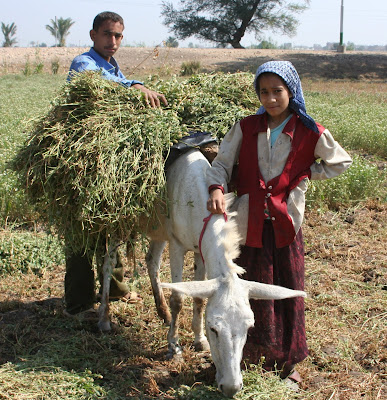 The International Labor Organization (ILO) defines child labor as work that deprives children of their childhood, their potential and their dignity. Nine percent of African children are in hazardous work; this is the highest of all the world’s regions.

UNICEF 2006 survey on sex tourism along Kenya's coastline reported that around 3,000 girls worked as commercial sex workers, and nearly half of them started as young as 12 or 13 years of age. Some African regions with high child labor rates have been among those most affected by situations of war, military coops, poor government and crisis, which in turn heightens the risk of child labor.

The agricultural sector is the largest employer of children worldwide, accounting for 70 percent of global child labor. Domestic work is the leading employment for girls under the age of 16. In Africa, it is estimated that between 56 and 72 million children work in agriculture.

This is a particularly dangerous activity for children because of the risks faced when working with pesticides, tools and machinery. In Eastern and Southern Africa, it is an issue of particular concern in Uganda, Malawi, Tanzania and Zimbabwe, where many children work in the tea and tobacco industry.

The Eastern and Southern African region has the highest proportion of children involved in child labor in the world, 36 percent of all children between the ages of five and 14. This regional average, however, hides large differences between countries, ranging from 9 percent in Swaziland to 53 percent in Ethiopia. For many of the Africa’s children, especially in rural areas, working for a living is an unfortunate reality. Documenting child labor can be difficult.


In Africa and throughout the world, the East African country of Eritrea is ranked number one as one of the worst country for child labor. Under a government program, children in grades nine through eleven are enlisted into Eritrea’s workforce forced to work two months every summer building roads and buildings on behalf of the state.