Ostrich Meat is a red meat low in fat and is used in any recipe using red meat. Ostrich meat is used for frying, stewing, sautéing or in any of dish as a substitute for beef. Ostrich meat is very lean with very low-fat content and is a healthier red meat. 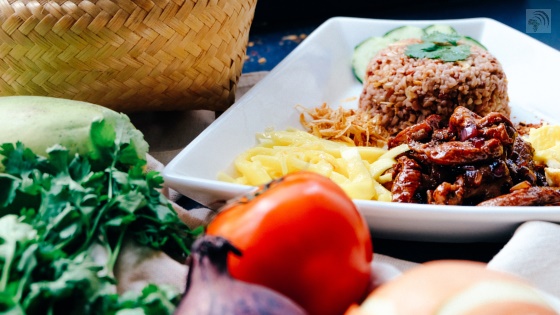 
[Read: All About Food of North Africa]


About the African Ostrich

The ostrich eats the food of both plant and animal origin, is native to Africa and are the largest birds in the world. Ostriches live in portions of 25 African countries. The chicks, a few days after being hatched, are covered with a thick and silky down, of a light-fawn color, with black stripes. The neck and head are similarly covered.

The ostrich is native to Africa and is the largest birds in the world. When fully grown stand Ostriches stand about 7 to 9 feet tall and can weigh 200 to 400 pounds. Female ostriches are brown and gray; males are black with white wings and tail feathers.

Ostrich is lean and tastes like beef, but contains much less fat. In fact, Ostrich meat is even lower in calories than chicken and turkey. Ostrich meat is sold as steaks, fillet, medallions, roasts and ground meat.

The tenderest meat comes from the thigh or fan. Adult ostriches yield about 80 pounds of red meat, which comes primarily from the upper leg, back and thigh muscles. The ostrich is the largest and heaviest bird located in just under half of Africa's 54 countries.