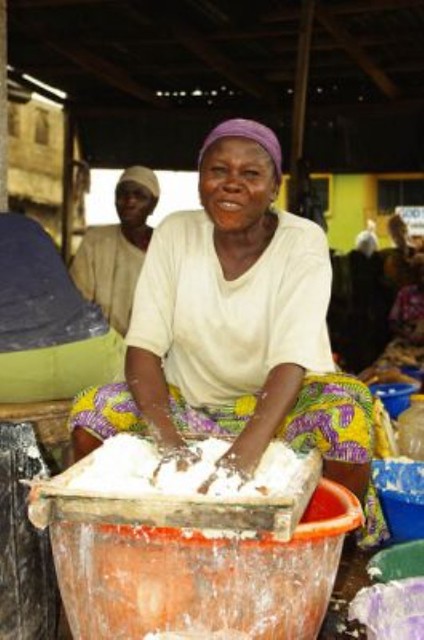 African Food
For many Africans, stew and fufu is a classic meal similar to soup and crackers in the US.

FuFu is a staple food of Africa 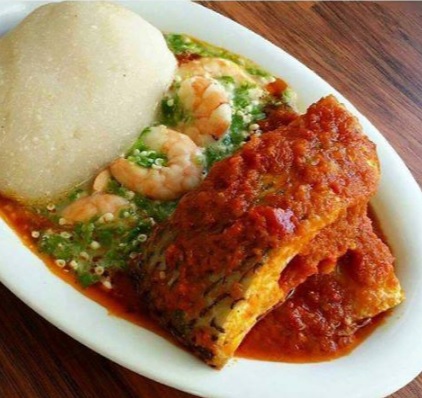 Conventional West African fufu is made by boiling starchy foods as cassava, yam, plantain or rice then pounding them into a gummy mass.

Fufu is a staple food to Western and Central Africa and is what mashed potatoes are to traditional American cooking.

For many Africans, stew and fufu is a classic meal similar to soup and crackers in the US. Cocoyam fufu flour is specialty flour specifically formulated to produce instant fufu.

Fufu can be prepared using different basic food materials. Fufu is a staple food to Western and Central Africa and is what mashed potatoes are to traditional American cooking. It can be made using cassava, African yams, potatoes, corn meal, plantains, Rice, and Millet. It reminds me of an unfilled dumpling, almost tasteless but tasty and accompanies any stew.

To eat fufu, tear off a walnut-sized portion of the fufu scoop up stew using your hands and bits of doughy fufu. In West Africa, diners often eat fufu and the stew's sauce first, saving the meat for the end of the meal since it's the most expensive part.

It is traditional to eat using only your right hand, no utensils. If you were to eat with your left hand, it would be both insulting and rude to those around you because usually, the left hand is reserved for "bodily functions" and the hand is never used for eating. 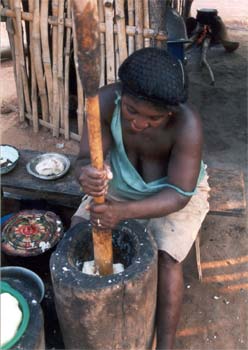 Fufu is a staple food in many West, East and South countries in Africa often made with root vegetables such as cassava and plantains.


In a large pot place the peeled and evenly cut plantains and cassava and cover with water. Boil until soft about 20 minutes. Place the salt, flour, plantains and cassava in a mixer and whip until the consistency of soft dough is achieved. Foufou should be much stiffer than mashed potatoes in texture.