Swahili is spoken in the African countries of Tanzania, Burundi, Kenya, Mozambique, Somalia, Uganda, the Democratic Republic of Congo and Rwanda. Swahili is also one of the official languages of Kenya, Tanzania and Uganda. About 35 percent of the Swahili vocabulary derives from the Arabic language.

How did Lieutenant Uhura get her name

Nyota Uhura is a fictional character in the Star Trek franchise. The character was portrayed by Nichelle Nichols through the sixth Star Trek film. Uhura is a translator and communications officer who specializes in linguistics, cryptography, and philology. She was an important part of the original series' multicultural crew and one of the first black actors to be featured in a non-menial role on an American television series.

Nichols states in her book Beyond Uhura that the name was inspired by Robert Ruark's book Uhuru, which she had with her on the day she read for the part. When producer Robert Justman explained to Roddenberry what the word Uhuru meant, he changed it to Uhura and adopted that as the character's name. 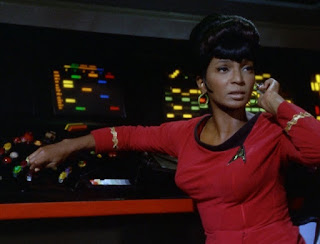