Sudan was the largest country in Africa until 2011 when Sudan and South Sudan became two separate countries. The Dinka are one of the largest ethnic groups in the Republic of Sudan. 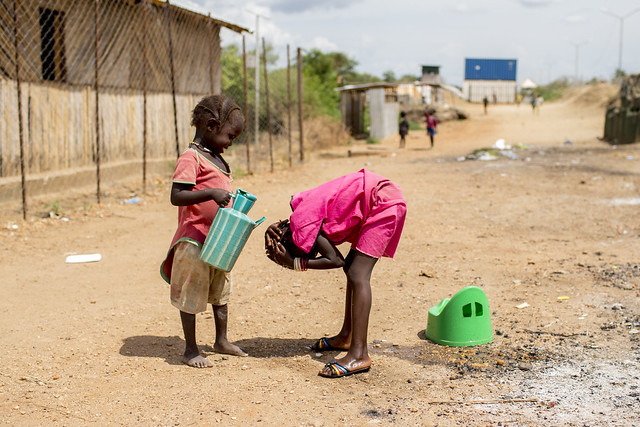 Dinka and Nuer Tribes of Sudan

Whether Nuer or Dinka, traditionally the focus for Sudanese people has been a nomadic community, the small communities are made up of extended families based on lineage of male relatives and ancestors. The members of a lineage act in the group's interest, safeguarding territory or forming important ties with other families by marriage. Usually, a family leader is a respected elder. 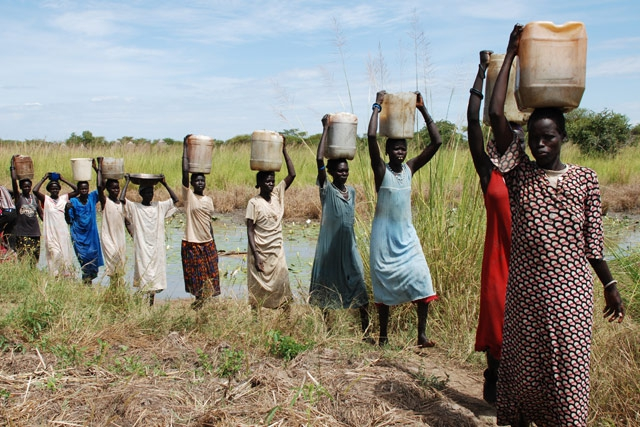 Sudan lies wholly within the tropics, and with the exception of the Sudd region in the south, and some hilly districts towards its western and eastern extremities, constitute one vast plain. The extreme north is Saharan in its heat and aridity, but below this, a central belt contains some of the richest agricultural and grazing land in the country, including the Gezira Island between the White and the Blue Niles, traditionally the granary of the Sudan.
The Republic of the Sudan capital is Khartoum. Sudan is situated in Northern Africa, bordering the Red Sea, between Egypt and Eritrea. The Sudan was the largest country in Africa until 2011 when Sudan and South Sudan became two separate countries.

Just like most African countries, Sudanese backgrounds are very diverse mainly Arab in the north and African in the south of Sudan. The definition and boundaries of ethnic groups depend on how people perceive themselves and others.The Dinka and the Nuer, the largest groups in southern Sudan, call themselves, Jieng and Naath tribes. The Dinka are one of the largest ethnic groups in the Republic of Sudan.

Nuer people are also known as Abrigar, and Jikany. Nuer tribal people live in the everglade and savanna country on the banks of the Nile River in South Sudan and Ethiopia. The Nuer tribe depends on their abundant cattle, which they also use for marriage bride price and resolving disputes through the mediation of a Nuer elder. However, the Nuer in Ethiopia are small in number and are 80 percent Christian as opposed to the South Sudan Nuer who are large in number and 25 percent Christian.

Dinka also called Jieng, live in the savanna country in South Sudan. Dinka are among one of the tallest tribes in Africa. Dinka were not only farmers and herders, but also law court judges and high public officials and physicians. Today various Dinka tribes preserve their cattle, but many have lost their herds, which were killed in fighting or abandoned during the civil war. Dinka have been among the most deeply affected by the Sudanese civil war.

Cattle has always been the focus of Dinka culture. Cattle stood at the heart of virtually every important tradition and ceremony in Dinka cultural life from music, myths, legends, and folklore, cattle are one of the most important animals. Dinka are one of South Sudan’s largest and noblest tribes.

Language, cultural characteristics, and common ancestry may be used as markers of ethnic identity or difference, but they do not always define groups of people. Identifying ethnic groups in Sudan was made more complicated by the multifaceted character of internal divisions among Arabic-speaking Muslims, the largest population that might be considered a single ethnic group.

Language differences have served as a partial basis for ethnic classification and as symbols of ethnic identity. Such differences have been obstacles to the flow of communication in a state as linguistically fragmented as Sudan.

In South Sudan, meals are eaten around a large, communal tray on which various meat, vegetable, salads, and sauce dishes are placed. These are eaten with the right hand, using flatbread or a stiff millet porridge known as asida or kisra. The strong Sudanese coffee is served from a special tin ‘jug’ with a long spout, known as a jebena.

The coffee is sweet and often spiced with ginger or cinnamon, and is drunk from tiny cups or glasses. Fruit teas and herbal teas such as kakaday (hibiscus tea) are also popular. Peanuts, known as Ful-Sudani, are a popular snack and can be made into delicious macaroons.

Central Sudan is perhaps the region that is the most diversified and colorful in its cuisine and dietary habits. This is due to it's being a melting pot for the different Sudanese cultures and peoples, and to its exposure to external influences, like the effect of the British control during colonialism.