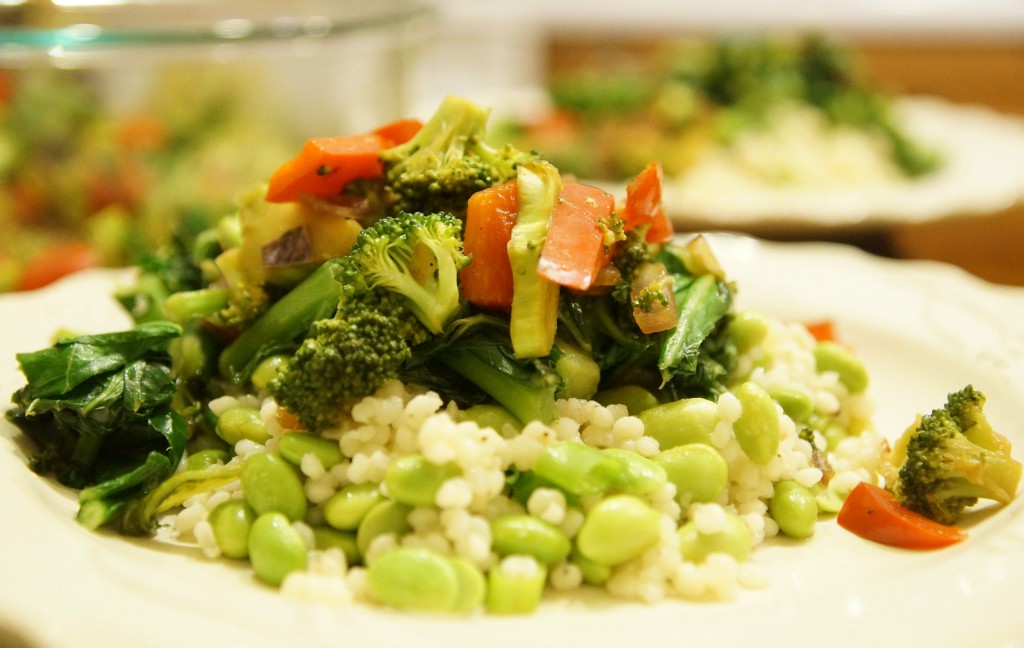 
In a large pot add sorghum and 1 cup vegetable broth over medium heat and to stir the mixture into a soft paste, about 20 minutes. In a separate pot add vegetables and ¼ cup broth, cover 5-7 minutes over medium heat. Serve vegetable mixture over sorghum as sorghum is healthier than white rice. 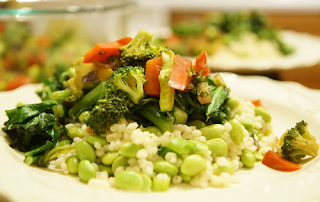