In parts of Southern Malawi Africa beginning in 1948, rumors began to spread that black and white vampires were working with Malawi's government to collect blood for international aid agencies. Sounds odd right, well people have believed in vampires for thousands of years beginning in Europe during the Middle-Ages and now the belief is widespread throughout the African country of Malawi. 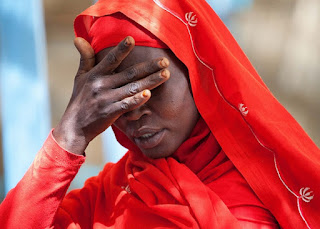 With vampire movies as popular as ever in America, blood-drinking vampires in the black community of Malawi Africa are hunted and killed by mobs.


Despite the modern day charismatic and sophisticated vampire being very popular in many cultures, there are no evidence vampires materially exist but the widespread belief in supernatural beings in Malawi perpetuates the belief in real life African vampires.
For the past few years, people who are believed to be vampires are being targeted. In the last couple of months, vigilantes have killed at least nine people after being accused of sucking people’s blood.
Fears of vampires in Malawi inspired mob violence that has left at least five dead since mid-September and caused the United Nations to pull out of two districts in the southern part of the country,

It is not Blacula however, since mid-September 2017, some Malawi residents believe blood-sucking vampires use supernatural magic to restrain victims and drain their blood for witchcraft purposes.
In some districts, locals have set up roadblocks and formed groups to patrol the streets at night, while many sleep outside due to fears of being attacked.
The deathly mob violence that resulted has been so alarming that UN agencies relocated their staff from southern districts in October. The US embassy also moved its Peace Corps volunteers.

Malawi’s President Peter Mutharika visited three affected regions where he has met with alleged victims of vampires. In Mulanje, Malawi, the district with the highest number of incidents, he condemned the lynch mobs but also the suspected vampires.
“Since this issue started, nobody has come in the open to say that he was attacked and was sucked of his blood,” says James Kadadzera, a national police spokesperson. “Even the hospital officials haven’t certified that anybody has been attacked. As police, we are saying that this is a rumor.”

This is not the first time stories of strangers roaming villages and sucking people’s blood have surfaced in Malawi. According to Anthony Mtuta and Sangwani Tembo, two anthropologists that have studied the phenomenon, similar myths have circulated for decades.
From 1948 to 1949, the country experienced the worst famine, they explained, people believed that vampires were moving about in cars and vans at night. The onslaught only ceased after cars were burnt and a curfew imposed by the village chiefs.

In 2002, a year in which Malawi experienced erratic rains and hunger, in some southern districts, villagers became so afraid of blood-sucking vampires that they left their fields unattended, while suspected vampires were violently attacked. One killed and three others badly injured and then again in 2009, vampire hysteria occurred again.
This time, a young man called Jack Bandawe (aka Nachipanti), who was alleged to be part of a blood-sucking syndicate, was arrested for several acts of murder and violence in Blantyre.
In 2017, rumors began to spread that vampires were working with Malawi's government to collect blood for international aid agencies. Vigilantes have killed at least nine people after being accused of being blood-sucking vampires.

History of black vampires in the African country of Malawi where your neighbor could be a real-life vampire.

Did you know?
A vampire is a being from a legend that lives by feeding on the blood of the living>