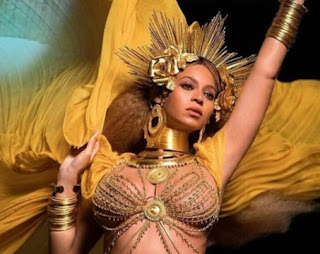 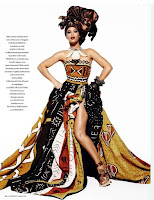 While many fell in love with the fashion spread, some believe the L'Officiciel stylist’s creative license is artfully used while others considered the use of blackface that darkened Beyoncé skin to depict an African Queen racist.  The designs are all reflective of the African influence on fashion this season," the magazine said in a statement. "As for the artistic make-up, the inspiration came from several African rituals during which paint is used on the face. “We find the images beautiful and inspiring," the editors said, defending their decision. 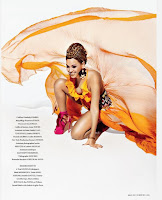 Beyoncé was inspired to do the L'Officiel Paris photo shoot after watching the Broadway play “Fela!,” based on the life and music of the Nigerian bandleader and political rebel Fela Kuti.  In Africa, Fela Kuti, who died at the age of 58 in 1985 from complications of AIDS, is a figure to rival Bob Marley as both a musical innovator and a symbol of political and social resistance. Afrobeat, the style he forged in the early 1970s, combined African rhythms and messages with the jazz and funk.