The truth is what you call a yam is most likely a sweet potato. Yams and sweet potatoes are both flowering plants however, that is their only relation. Compared to sweet potatoes, yams are starchier and drier. 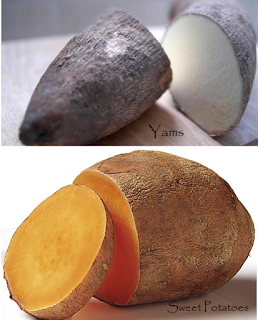 Yams are native to Africa and Asia. The sweet potato, maybe native to tropical America introduced to Western Africa by the Portuguese in the 1500s. The sweet potato is its 3rd most important agricultural product in terms of volume after the plantain and the cassava. Uganda leads the way in the production of sweet potatoes representing half the African supply followed by Nigeria and Tanzania.

The yam belt of West Africa includes Nigeria, Ghana, Benin, Côte d'Ivoire, Central Africa, Cameroon and Togo, Nigeria alone produces 71 percent of the yams. Yams are second to cassava as the most important tropical root crop and are a staple food in many parts of Africa, Southeast Asia, and the South Pacific. Seventy percent of the 50 million tons world output of 2008 was grown in Nigeria.

The starchy tuber, with rough brown skin, is produced by an annual vine and takes from 8 to 11 months to mature after planting. Yams are mainly grown for cooking and eating. The tubers can be stored for up to six months without refrigeration. Yams are second to cassava as the most important tropical root crop.

Yams are one of the most common and popular root crops in tropical and semi-tropical regions of Africa and have become a mainstay of many African cultures. Besides their importance as a food source, yams also play a significant role in the social and cultural lives of Africans.
The celebrated New Yam Festival in West Africa is an anticipated event each year and a practice that has extended to overseas where there is a significant population of Igbo tribes. Considered a prestigious crop, it is the crop of choice for traditional feasts, gifts and fulfilling social obligations to many Nigerian Igbo Africans.

Yams store relatively longer in comparison with other tropical fresh produce and therefore stored yam represents stored wealth which can be sold all-year-round by the farmer or marketer. In parts of Igboland in Southeastern Nigeria, it is customary for the parents of a bride to offer her yams for planting as a resource to assist them in raising a family. Most of the world production of yam is from Africa about 96% with Nigeria alone accounting for nearly 75% of the total world production. 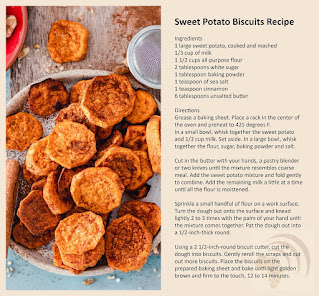 
Cut in the butter with your hands, a pastry blender or two knives until the mixture resembles coarse meal. Add the sweet potato mixture and fold gently to combine. Add the remaining milk a little at a time until all the flour is moistened.


Note: The amount of milk you will need will depend on the moisture of the sweet potato.
Sprinkle a small handful of flour on a work surface. Turn the dough out onto the surface and knead lightly 2 to 3 times with the palm of your hand until the mixture comes together. Pat the dough out into a 1/2-inch-thick round.


Using a 2 1/2-inch-round biscuit cutter, cut the dough into biscuits. Gently reroll the scraps and cut out more biscuits. Place the biscuits on the prepared baking sheet and bake until light golden brown and firm to the touch, 12 to 14 minutes.

Sweet potatoes are a relative newcomer to the African region but have rapidly gained traction among some farmers on account of their comparative ease of establishment and cultivation, and resilience to pests, disease, and drought. Sweet potatoes and yams are also good sources of energy, which the body needs to stay active.

Yams are a high-value food that is easily grown and mature quickly in the right soil conditions. Sweet potato is a creeping plant and the only economically important species of the family Convolvulaceae, the morning glory family of flowering plants. Another major difference between yams and sweet potatoes is the leaves of sweet potatoes are also a useful source of vegetable greens cooked like spinach.


Directions
Add ingredients into a large pot and sauté about 3 minutes. Serve over rice. 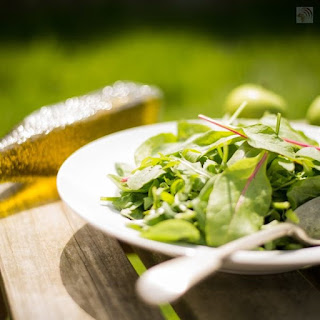