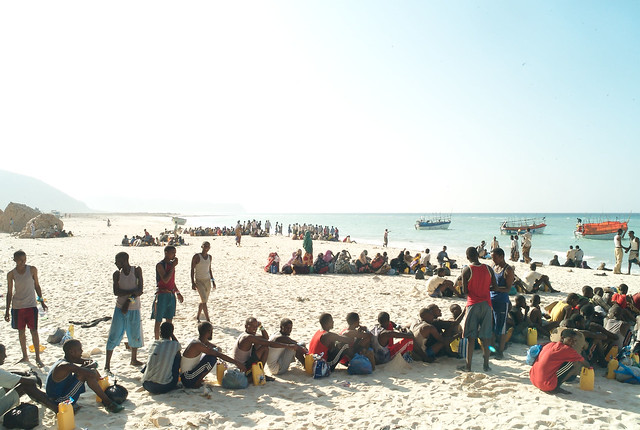 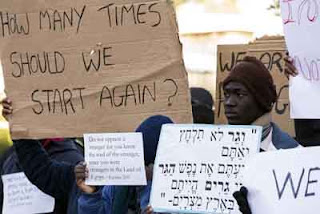 Italy received more than 170,000 of the 2014 arrivals, large numbers of which were from Syria and Eritrea. Egypt's ambassador to the United Kingdom warned of boats full of terrorists if the international community does not act against human smugglers, while the Italian government has expressed fears of militants infiltrating the boats, while emphasizing that the boats are a humanitarian crisis.

However, experts have cautioned that it is difficult to verify the threat without evidence. Israel is set to deport Eritrean and Sudanese asylum-seekers estimated to be over 50,000 to countries in Africa including Rwanda and Uganda under a new policy which has been greatly criticized by human rights defenders.

Rwandan President Paul Kagame said that Israel planned to return the immigrants to their countries of origin but some refused citing danger to their lives. About 60,000 people are estimated to have tried to cross the Mediterranean this year with the aid of human smugglers, fleeing conflict and poverty.

Since the 2011 uprising, Libya has been without a stable government, and the chaos has allowed human smuggling trafficking networks to thrive. Ikenna Azuike hosts What’s Up Africa a show produced by RNW. Nearly 50,000 Eritrean and Sudanese asylum-seekers are in Israel, video blog satirist Ikenna Azuike humorously points out the irony that huge amounts of money are being made from their plight and not just from people traffickers.