- May 15, 2015
African spinach grows throughout sub-Saharan Africa, in Southern Africa it's known as Imfino, the Congo as Fumbwa and as Morogo in various other African countries. 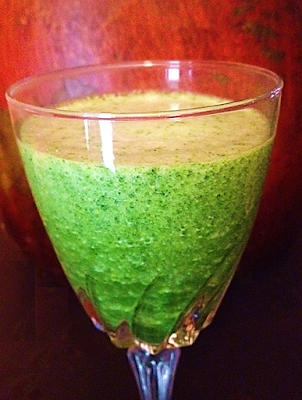 Add all ingredients into a blender and blend until smooth. You can add 2 tablespoons of low-fat yogurt to the recipe if desired.