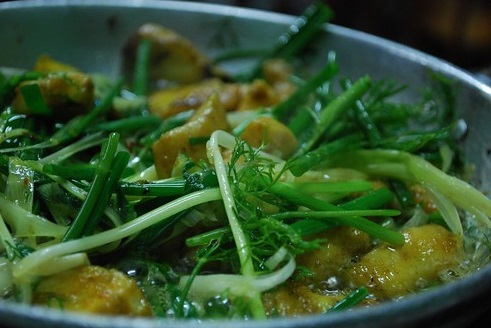 Combine all ingredients in a saucepan over medium-high heat and cook 5 minutes. Pour sauce into prepared heatproof jars and use on seafood, meats, vegetable dishes, beans, French fries and anything that needs an extra kick.