Origin of the moon and stars short African folktale


How the moon and the stars came to be truish African Folklore. 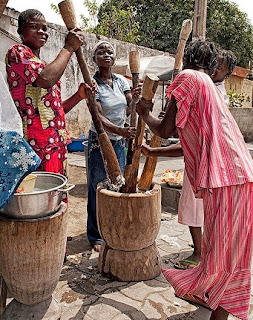 One day in the times when the sky was close to the ground a young woman went out to pound rice.

Before she began her work, she took off her beads from around her neck and a comb from her hair, and hung them on the sky.


Then she began working, and each time that she raised her pestle into the air, it struck the sky.

For some time she pounded the rice, and then she raised the pestle so high that it struck the sky very hard.
Immediately the sky began to rise and it went up so far that she lost her comb and beads.

Never did they come down, for the comb became the moon and the beads are the stars that are scattered about the sky.

Ever wonder what indigenous healing garden plants or do penguins live in Africa?