The Pyrethrum daisy flower natural insecticide flower thrives at high altitudes, in volcanic soil and grows in some of the most interesting places in East Africa's Rwanda, Kenya and Tanzania. 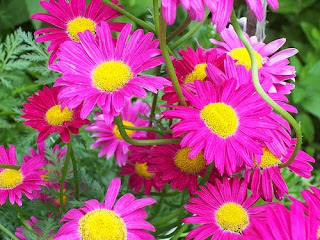 Rwanda is the most densely populated country in sub-Saharan Africa with around 10 million people living on about 10,000 sq. miles or 26,000 sq. km, which is about the size of the US state of Maryland.
According to the most recent statistics, around 57 percent of the Rwandan population lives below a poverty line of about $1.30 per day and nearly 37 percent fall below an extreme poverty threshold of about $0.90 per day.
In the 1970's, Rwanda began building its pyrethrum industry, regrettably conflicts and genocides caused the Rwandan infrastructure to fall. However, flower power is helping the small East African nation increase is trading power and income, the pyrethrum flower is in great demand by many international companies. 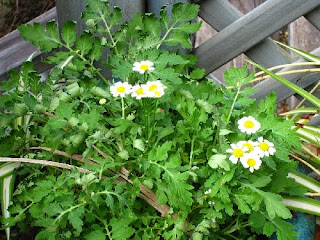 SC Johnson Company is one of the world’s largest users of pyrethrum flower extract used in pest control products. Pyrethrins are one of the most widely used to control mosquitoes, lice, fleas, flies, moths, ants and ticks and have been used as insecticides for over 100 years. The U.S. Agency for International Development and SC Johnson Company funds the over 2 million dollar Rwanda Pyrethrum project from 2012-2015.

SC Johnson Company substantially increased its purchase of pyrethrum from Rwanda’s 15,000 farmers who harvest chrysanthemum flowers for pyrethrin in the Ruhengeri area of Rwanda.

In Kenya, MGK, an accounting and auditing firm licensed the extraction and refining technology to the Pyrethrum Board of Kenya, PBK who collects flowers from growers in several regions in Kenya. In Tanzania, the pyrethrum industry is under operation of a private company Pyrethrum Company of Tanzania, PCT which MGK is its majority owner.

Producers in East Africa, mainly Tanzania, Kenya and Rwanda succeed in growing the pyrethrum flower because the unique plant thrives at high altitudes and in volcanic soil.